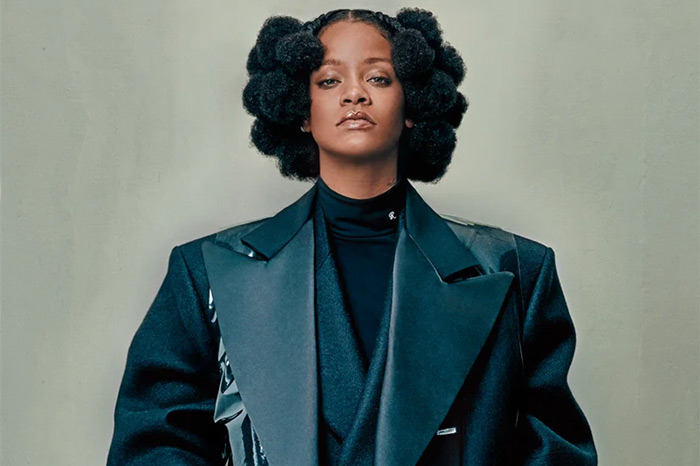 Rihanna is turning the pages of British Vogue.

In between running her multibillion-dollar empire, the 32-year-old businesswoman opens up about life, love, and her desire to become a mother in the May issue of the magazine. On one of the two covers, photographed by Steven Klein, the singer dons a white Burberry suit and a Stephen Jones durag, while rocking afro puffs and an oversized Raf Simons suit in another photo.

In the interview, the Fenty Beauty mogul once again addresses her long-awaited ninth album.

“I can’t say when I’m going to drop,” she says. “But I am very aggressively working on music.”

And she’s doing it her way.

“I don’t want my albums to feel like themes. There are no rules. There’s no format,” she adds. “There’s just good music, and if I feel it, I’m putting it out.”

#Rihanna for #BritishVogue: ・・・ “When I see injustices happening, it’s hard to turn a blind eye. I refuse to stay silent, these are things that I genuinely believe in.” #HHUCIT

When asked whether R9 will still be a reggae album as previously reported, she responds,

“Oh no, that is happening,” adding, “I feel like I have no boundaries. I’ve done everything – I’ve done all the hits, I’ve tried every genre – now I’m just, I’m wide open. I can make anything that I want.”

Rihanna, who recently ended her relationship with Saudi billionaire businessman Hassan Jameel, is no-nonsense these days.

“Since I turned 32, I’m realizing life is really short,” she says. “You don’t have a lot of time to tolerate shit, you know? You put so much on your plate. When you’re overwhelmed, you need to start cutting things out. And I’m overwhelmed too much,” she says. “What’s happening now is that I’m going back to black and white. My grey area is shutting down.”