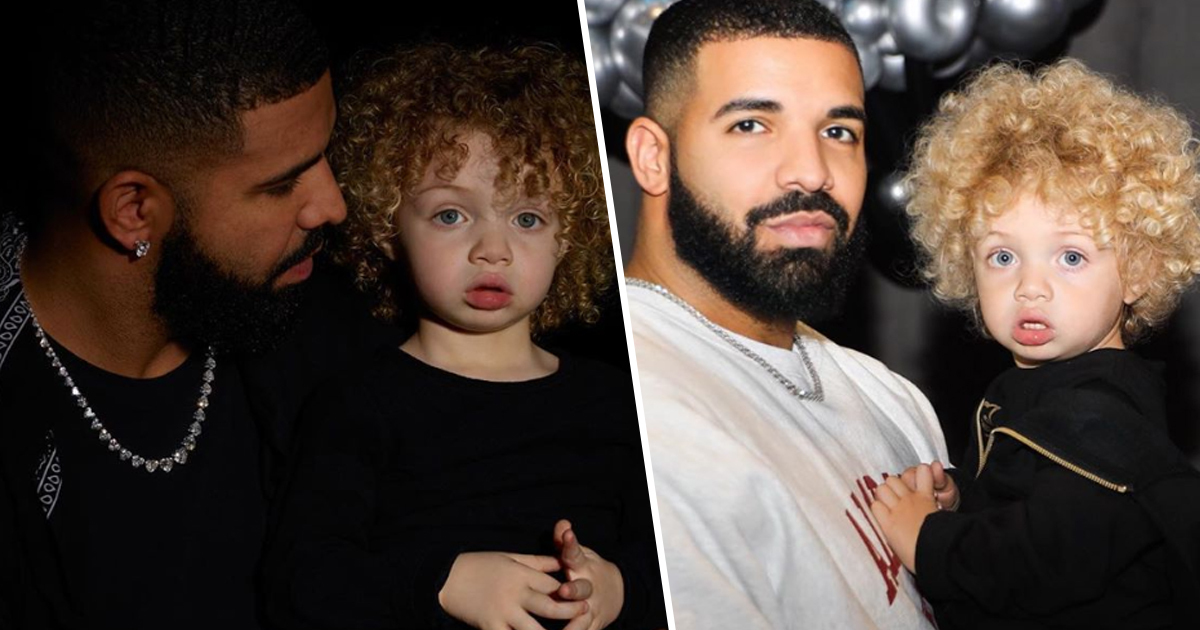 Quarantine has Drake in his feelings.

Taking to Instagram on Monday morning, the rapper shared photos of his 2-year-old Adonis for the first time. Drake is seen holding his son in his arms in one adorable pic which was followed by an old photo of his parents, Dennis and Sandi Graham. Another photo shows Drizzy and his baby mama Sophie Brussaux with their blond-haired, blue-eyed baby boy. Adonis is also seen drinking out of a white cup and riding in his toy Range Rover in the images.

Along with the photos, Drake penned a lengthy caption to uplift his followers during these uncertain times.

“What is most important for you right now is to connect to your own inner light,” he said. “When the mind starts to move into overthinking or fear, shift your attention right away to something bright. It doesn’t matter what has happened in the past or what is happening around us now, you can always make the choice to break free of the wheel of suffering and panic and open up to your own light.”

He also shared a touching message to his family and friends.

“I love and miss my beautiful family and friends and I can’t wait for the joyful day when we are all able to reunite. Until then please keep your lights on,” he wrote.

This is the first time the 33-year-old rapper has shared photos of his son, who was born in October 2017. It wasn’t reported until May 2018 that Drake had secretly fathered a child with Brussaux, an artist and former adult film star, after Pusha-T revealed his existence on his diss track “The Story of Adidon.” Drake later confirmed his paternity on his 2018 album Scorpion.

Drake has kept his relationship with Adonis mostly private, but he has shared rare glimpses into their father-son bond. On Father’s Day, he revealed a painted piece of art he received from his son that read “Papa.” He previously posted another hand-painted gift that his little “Picasso” gave him last Christmas. He celebrated his 2nd birthday last October, writing, “Happy Birthday King.”

Drake gushed about his son during a 2018 interview with LeBron James on HBO’s “The Shop” in 2018.

“I have a son, he’s a beautiful boy,” he said, while showing James a photo. “Crazy blue eyes, baby blue eyes.”

Drake has been quarantined in his Toronto mansion amid the global pandemic. After hanging out with Kevin Durant, who was diagnosed with the virus, he got tested for COVID-19 and the results came back negative.

FLICKZ: Serena Williams is Back On The Tennis Court in Hot Pink