“I Go Off,” your single with Beanie Sigel, recently came out. There’s a lot of speculation that he’s going to be in G-Unit. Is that going to happen?
There’s a strong possibility we’re going to be doing it. We’re starting with this song, and the deal structure between me and him is a complete 50 percent profit split. It’s not like an artist deal, like you get 50 percent of everything. For me to deal with Beanie, I’d have to explore the possibility of doing that the entire project, because I wouldn’t want to force him to make commercial music, where he can make decent money — a lot of money — without selling a lot of records, and just let it be what it is. That’s the details, the difference between doing a deal with that artist and other artists.

And he has a lot to say about the way he was treated on Roc-A-Fella.
If he writes those things, you should expect it to be all on the record.

When he came out of jail, you offered him $800,000 to sign, but Jay-Z blocked it?
He would have definitely got the 800,000 at that point, because I had just did the Mobb Deep and M.O.P. deals, and at that point, there was a lot more physical cash available. The music business was in a different state. When you say 800,000 now, it ain’t going to be that now, just because of the way things are. What the expectations are for return on actual CD sales — I still have to get the money from Interscope, and it has to be deemed a legitimate deal, they’re not going to just put money in the bag.

Were you saying Jay had the deal going the wrong way by not letting him take that opportunity?
I think he was saying, “Roc la familia, we family, it’s the Roc-A-Fella gang,” and then using traditional business tactics. See what I’m saying? At the same time, we had them in a space where they were feeling like they were family, and they didn’t have to pay attention to everything. He didn’t have their interests in mind, he was just doing what he had to do for himself.

Is Beanie talking about Jay?
I think when you hear it, you’ll understand it. He has some stuff he has to get off his chest. You have to actually hear it, I don’t want to blow it.

His last single was all about what Jay said about him. Has it changed the way you feel about Jay at all?
With Jay-Z, I don’t know him personally. I don’t think they do, either. They just had stronger access with him.

You have no personal beef with him, nothing to jump in on?
I’m just watching him. He said something one time I didn’t like, those little things, subliminal things — for me, that’s the punk way to do things.

He said something about, “I’m about a dollar.”
That was a long time ago, that was ’99. That didn’t matter. There are little things in his records, he would make reference to things, and it would just be a question mark, but when he was in the U.K., he was talking on the radio, and the guy must have made him feel like he was a punk, because he had to point out that he’s not afraid of 50 Cent. “Nobody’s afraid of 50 Cent,” or whatever he said, but he should have been addressing the guys who made him feel like that, because his approach and presentation has made him so approachable that Lil Mama’s on the stage [uninvited at the 2009 VMAs]. He made himself like that. When you wear glasses, when you wear Urkel glasses, what do you associate those glasses with? Intelligence. There’s certain things that connect to the man — don’t hit a guy with four eyes, right? That’s the message he’s putting out when he’s walking around with these glasses and stuff like that on, and you know he’s making himself look safer so he can get in the spot on the Beyoncé path.

It seems he’ll have to respond, and he might throw you in there.
I’d love for him to say something he’s not supposed to say about me. The difference is the last guy he competed with was Nas, and he lost. Nas just didn’t keep his business intact, and later had to submit and sign under him, so we couldn’t acknowledge that he beat him when they had to compete. I think he got a phobia from that. You know what the most vulnerable space for an artist is? Confusion. So if you think you’re the hottest rapper or the hottest artist, whenever you’re losing and everybody knows it, that could be a confusion point for you, right? That’s what he went through at that time. We don’t know what happens in the future, but we know the facts. -Rolling Stone 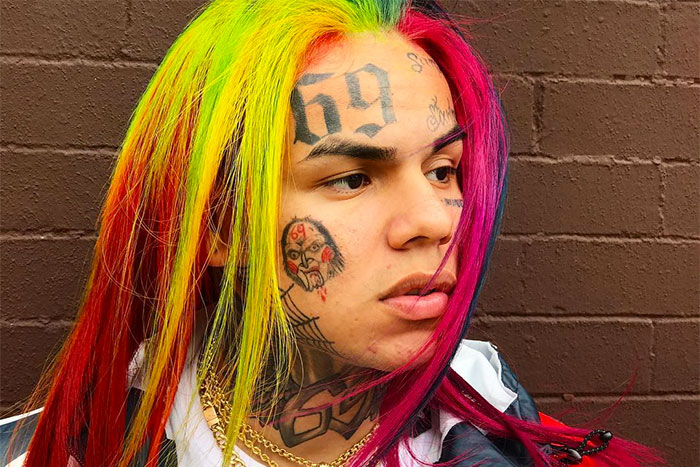 Rihanna on Matt Kemp: “He is NOT My Boyfriend”