Wacka Flocka Flame on Being Shot, “Fu*k it I Give Up” [VIDEO]

In Waka Flocka Flame’s 23 short years on earth, he’s been jumped, hit in the head with a bottle at a club, struck with a baseball, toppled out of a tree and had bark lodged in his chin and had his head rammed into a steel gate. However, none of those instances can compare to a single bullet — Flocka was shot and robbed at an Atlanta car wash on January 19, by a man he still feels was sent to kill him.

“I’m like, ‘I can’t believe I’m shot,’ ” he said about the thoughts that raced through his head in the aftermath of the assault. “I felt it in my arm but I looked down and felt it in my chest, my back, everything. It felt like stop, drop and roll. I’m leaking, my arm squirting. I said, ‘Call an ambulance.’ I felt my body getting woozy. I laid down on a flat surface. That messed me up because that ain’t do nothing but put air inside my lungs and blood. I ain’t panic. I was like, ‘F— it, I’mma give up. This sh– hurt so bad. I’m gonna give up.’ “

Thankfully for Flame, it wasn’t his time to die.

Waka gets a little more serious when talking about the bullet’s path through his body — it went through his right arm, punctured his lungs, broke a couple of ribs and landed in his back, causing vision and memory loss for two weeks. He still feels pain in his injured arm and can’t move the fingers on his right hand as freely as he did before.

“Give me a week, I’ll probably be up and running,” he said, optimistically.

Waka still can’t understand why someone would want to kill him — he’s just an up-and-coming rapper, and the neighborhood on Old National Highway where the incident occurred is one he frequents. However, he still maintains that the word he’s hearing on the streets is that the gunman was sent to do more than just rob him.

As of press time, police have not yet named a suspect in the case. 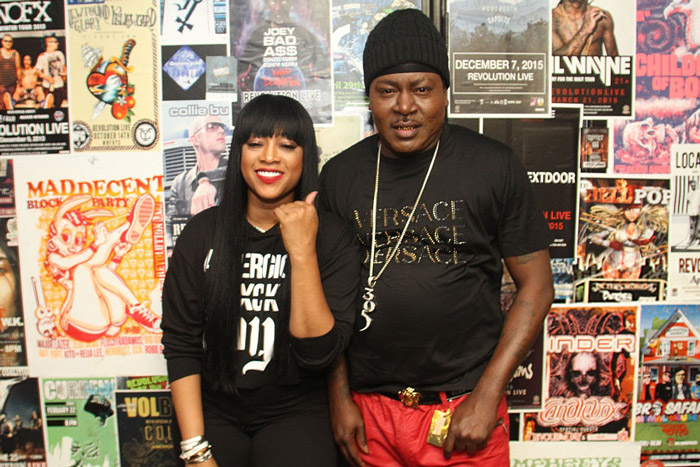