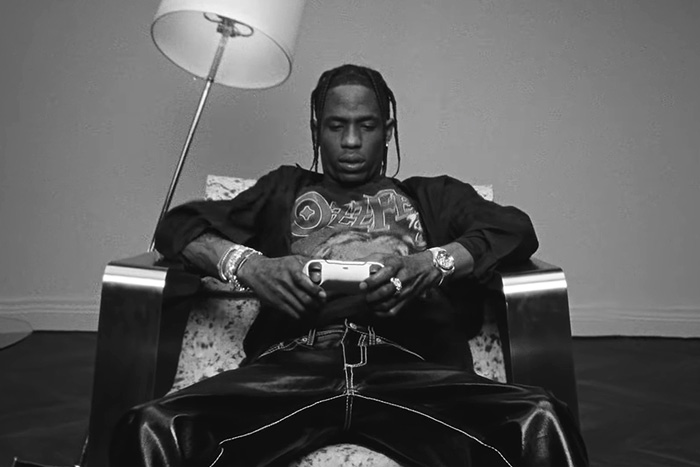 Travis Scott is bringing his talents to PlayStation.

Following his successful partnership with McDonald’s, the “Franchise” rapper has joined the Sony PlayStation family as a strategic creative partner. In his new role, Travis and his Cactus Jack brand will collaborate with Sony to produce innovative projects.

“Travis is an artist who is incredibly innovative, constantly surprising, and continues to push boundaries, very much like the PlayStation brand – so we think this is a perfect fit,” said Eric Lempel, Senior Vice President, PlayStation Worldwide Marketing. “When we embarked on this collaboration, the most important thing was to keep it as open as possible, to allow space to explore interesting, creative ideas.”

As a fan of the brand, Travis brings his knowledge and memories about PlayStation and its games.

“I’m really looking forward to being able to showcase everything that Cactus Jack has worked on with Sony and the PlayStation team,” added Travis. “Most importantly I’m excited to see how the PlayStation fans and family respond, and I look forward to running some games with everybody very soon!”

To kick off the partnership, PlayStation has released a video starring Travis and some of the key people that worked on the upcoming PlayStation 5 console, which launches Nov. 12. In the black-and-white clip, the PS5 team is seen decked out in Cactus Jack T-shirts and sneakers. Travis then pushes the buttons on his PS5 controller before the entire room starts to shake. Fans also noticed that he is wearing an unreleased pair of Jordan 1 Lows with his signature backwards Swoosh logo and PlayStation’s logo on the heel.

Travis has proven to be big business for brands. He previously partnered with Nike, Fortnite, and McDonald’s on lucrative deals. His Travis Scott Meal at McDonald’s was so popular that franchisees reported supply shortages due to overwhelming demand.

Meanwhile, Travis continues to work on his highly-anticipated album Utopia, which is reportedly due in 2021.