Nelly is all abuzz over his latest collaboration. The St. Louis rapper has worked with superstars including Pharrell, Tim McGraw, and Janet Jackson, and now he’s teaming up with Buzz the Bee for Honey Nut Cheerios’s “Must Be the Honey” campaign.

Nelly has recorded a danceable remix to his 2001 hit “Ride Wit Me” called “Must Be the Honey (M.B.T.H.),” and also appears alongside the iconic Honey Nut Cheerios character in one of five 30-second ad spots, directed by Hype Williams.

“I’ve worked with some very talented artists and thought—I think it’s about time I work with the Bee,” said Nelly of the collaboration. “I love the sweet taste of Honey Nut Cheerios and Buzz’ sweet sound on this track. When I hear it, I can’t help but smile.”

In addition to television, the campaign is being supported by billboard, radio and digital ads, and social media efforts.

Watch Nelly help his homebee remix his swag in the commercial below. 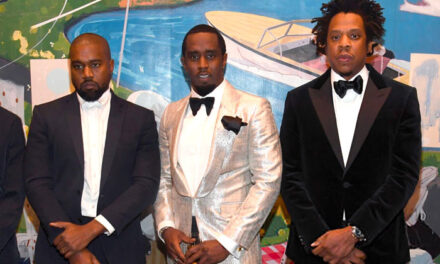