Swizz Beatz’s commitments are even more hectic than the last time we featured him in this section — the guy only touches U.S. soil for a brief stint these days. Luckily he stopped by our offices before jetting off to Paris and told us a bit about the next Jay-Z album. Swizz has huge things on the horizon, including a song for Haiti with Jigga and U2, a top-secret movie score, high-end art, clothing design and crafting a new, worldly sound for himself and other artists.

“I get the pressure cookers,” Swizz says about record execs and artists calling him for must-need smash singles. “It’s cool, because I been trained like that since day one. I came from that pressure with my uncles and everybody needed the singles not now, but right now. I’m there getting carpal tunnel in my hand, going in. That [work ethic] never leaves you.”

On Jay-Z’s “On to the Next One”: “That song was the last one of the album. I [originally] fell back off The Blueprint 3 because there were rumors about Timbaland working on the whole thing, rumors about Kanye working on the whole thing. I respected that. If they want to do that, I respected that. I’m on to the next one. I gotta respect Jay’s creativity. If he wanted to have Kanye produce that whole record, let them have that. I know the next album we can hook up or whatever. [Me and Jay] got 11, 12 years in together — that’s the homie. Since other people was on the album, I came in the loop at the last minute. [Jay] got on the phone like, ‘I need one of them things.’ I said, ‘I’mma send you something. I don’t have a whole bunch of joints I wanna send you. I got this one particular that I wanna send you.’ I sent it to him. That was ‘On to the Next One.’ He said, ‘That was crazy. It’s “Drop It Like It’s Hot” crazy.’ I was super excited because I threw one dart and that dart hit the bull’s-eye. That’s amazing, being where I’m at in the industry where you can throw darts like that.”

Next Wave Of Flav

On Young Jeezy’s Upcoming Thug Motivation 103: “He just needs that thing to come out the gate like he never left. That’s my job. I’m sure he’s got some amazing joints. The songs I heard, they’re Jeezy joints, but it’s like, ‘Hmmm, do I throw him on some Fela [Kuti] vibe with some crazy 808s and let him take a risk? Is it too much of a risk? Or do I play safe and do the easy hit that I know they gonna love?’ But I can’t keep doing that. It’s getting me nowhere. The feeling, I’m numb. I want something I can feel, like, ‘This joint I got coming out with Jeezy with the African bongos and the Indian instruments, the hook doing this right here — it’s gonna change the game.’ That’s how I’m trying to walk in 2010.”

On DMX’s Comeback LP: “It’s still love. At the end of the day, it’s about scheduling, timing — if it was just about going in the studio, we would have 50 albums done. But it’s not about that; it’s about a lot of personal things. I’m on this side of the world, he’s on that side of the world — how do we come and meet?”

On Drake’s Debut Thank Me Later: “For Drake, I’m like, ‘What you want? A party joint or you want another story joint? What you wanna do?’ He said the smartest thing: ‘We could shoot for a club thing but don’t leave out anything else.’ I like that. He’s being open-minded, ’cause that means I’m comfortable with surfing in different areas musically. We could surf there, surf there, but don’t box me in a corner, like, ‘I need that #1 club smash right now.’ ”

On T.I.’s 2010 Album: “That’s the homie. I don’t have nothing for him yet. His mind and his thought pattern before he went [to jail] is gonna be different from when he gets out. That man has been in the penitentiary at a time that was the height of his career — he might come out and not wanna use curses no more. He might come out and use more curses. I don’t know. I can’t create the sound for Tip that’s based on ‘Swing Ya Rag’ and ‘Bring Em Out’ and all these things we’ve done unless it’s his plan. He’s gotta come out, [I] sit down with him, chill how we chill. I gotta do a couple of records with him. I can’t be the first thing coming out.”

On Shyne’s Comeback LP: “I’m rocking with Shyne. I need him to find himself a little bit. Not to say he don’t know who he is, I just need him to vibe off a couple beats and be like, ‘Swizz, these are four joints right here I been rocking with, me and Scott Storch or whoever. This is the lane I wanna go with.’ Then I could digest those things and then I can come up with the best records for Tip, Shyne, for everybody. These are different techniques so I can use those darts.” 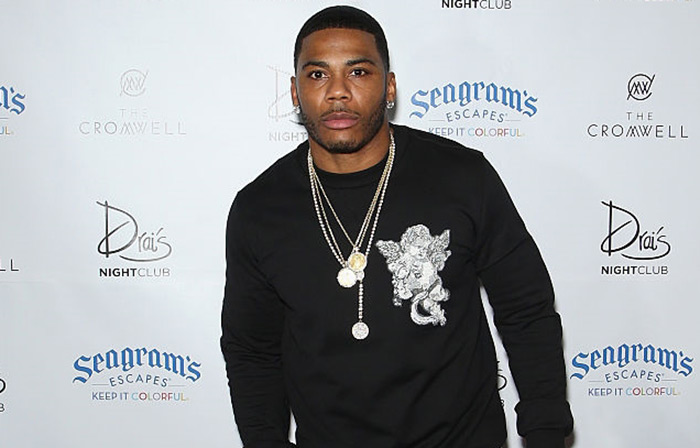 The Rape Case Against Nelly Has Been Dropped