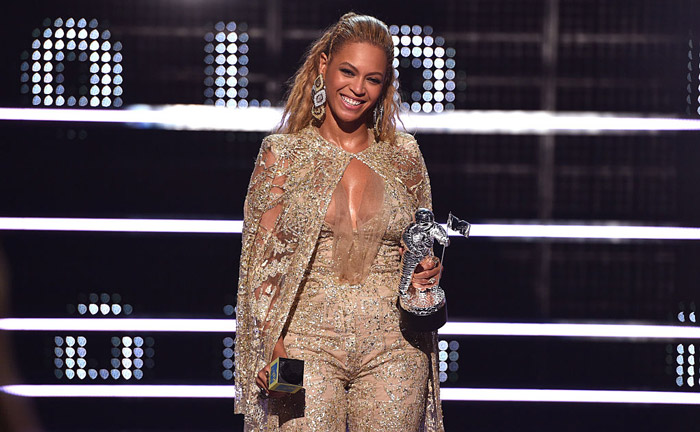 Beyoncé cleaned up at the 2016 MTV Video Music Awards.

The iconic singer, who attended the event at NYC’s Madison Square Garden with her daughter Blue Ivy and graced the red carpet with the mothers of Mike Brown, Eric Garner, Oscar Grant, and Trayvon Martin, ran through several cuts from her new LP during her show-stopping performance, which included an introduction from pro-athlete Serena Williams.

Other big winners included Rihanna, who nabbed the Michael Jackson Video Vanguard Award as well as Best Male Video for her collaboration with Calvin Harris on “This Is What You Came For.” Rih, who gave four performances throughout the night, received her Video Vanguard Award from Drake, who took home Best Hip-Hop Video for “Hotline Bling.”

Performances throughout the night included Ariana Grande and Nicki Minaj (“Side to Side”), Britney Spears and G-Eazy (“Make Me…”), Nick Jonas and Ty Dolla $ign (“Bacon”), and Future (“Fuck Up Some Commas”). Kanye West gave an impassioned speech and premiered his new video for “Fade” featuring Teyana Taylor dancing in peak form.

If you’re wondering what my reaction was to @beyonce winning#VMA Video of the Year, look at @kanyewest

BEST MALE VIDEO
Calvin Harris ft. Rihanna – “This Is What You Came For”
Director: Emil Nava