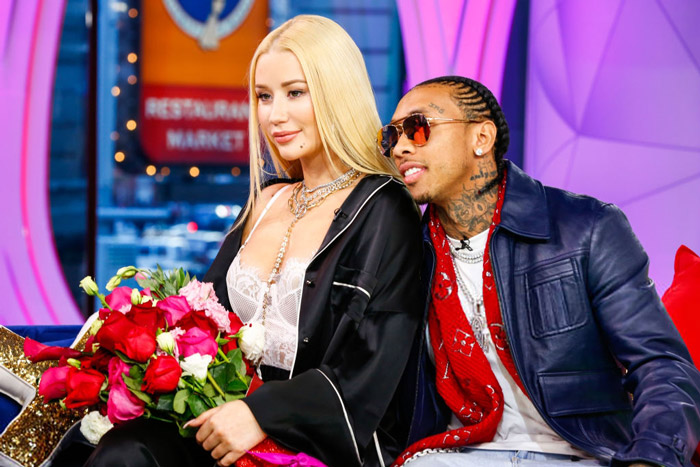 Are Tyga and Iggy Azalea dating? The rappers fueled romance rumors when they stepped out together at Coachella this weekend.

On Friday (April 13), paparazzi spotted the two walking the festival grounds together. Fans also took to social media after seeing the rumored new couple throughout the weekend.

Iggy and Tyga appeared together on “TRL” on Valentine’s Day. They were also reportedly spotted at a business meeting at the Sunset Marquis Hotel in West Hollywood, according to the Daily Mail. Last month, they were seen skating together at World on Wheels in Los Angeles.

The rumored couple may have even traveled together. Iggy recently joined Tyga during a hip-hop festival in Melbourne, where he called her the “queen of Australia.” Earlier today, she posted a photo of herself in a car with Chris Brown and Tyga’s “Loyal” video playing in the background.

Tyga and Iggy are no strangers to high-profile relationships. T-Raww previously dated models Kylie Jenner and Blac Chyna, while Azalea was reportedly with French Montana and engaged to Nick Young.

Shaq Cheating on Shaunie AGAIN with…