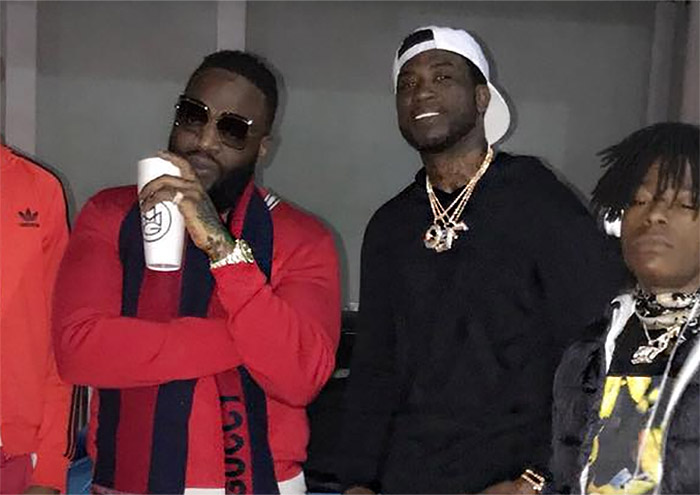 Coming off a major health scare, Rick Ross is back with a double cup in hand. The Maybach Music Group mogul appeared in a series of images alongside Gucci Mane on Saturday (March 10).

Rozay posted an image of himself and Guwop with a caption that teased his forthcoming album, Port of Miami II: Born to Kill. Gucci teased 1017 Eskimo Boyz Vol. 1 on his page, and added a message for Renzel:

It’s unclear what the bosses were doing together. Ross and Gucci have collaborated on a series of tracks in the past, including “Money Machine” and “She On My Dick.” The duo also plans on teaming up for an independent film at some point soon.

Prior to hanging out with East Atlanta Santa, Rick Ross made his first public appearance with his family on Friday (March 9), when he took his daughters shopping at a Miami-area shopping center, according to TMZ.

Rozay was found unresponsive and was rushed to the hospital on March 2, where he was reportedly put on life support over a possible heart attack. He was released from the hospital March 5 and postponed his daughter’s Sweet 16 bash due to health complications.

A Look Inside Drake’s VIBE Cover