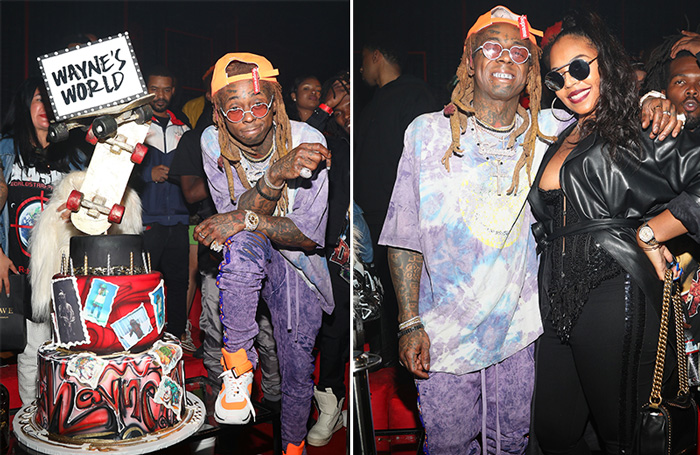 Lil Wayne not only celebrated the long-awaited release of Tha Carter V, but also his 36th birthday with a star-studded soirée at Hubble Studio in Los Angeles last night (Sept. 27).

The all-night bash, which ran into the early hours of Friday morning, featured some of Weezy’s favorites, including traditional New Orleans food catered by Trap Kitchen, candy and marijuana, and a skate ramp. Plus, there were two goats to pay homage to the GOAT himself. Tunechi held court in VIP before being presented with a three-tier cake featuring photos and his favorite skateboard.

FLICKZ: Toni Braxton & The Braxton Sisters at the Premiere Of “Braxton Family Values”

Photos: Rihanna and Katy Perry Meet Up in NYC