A woman who says she was raped by football star Michael Irvin at the Seminole Hard Rock Hotel & Casino filed a civil lawsuit against him Thursday in Broward Circuit Court.

Although no criminal charges have been filed, the Broward state attorney’s office has been looking into the case and is expected to reach a conclusion next week, said spokesman Ron Ishoy.

The woman said the attack happened in 2007, in the late hours of July 4 or early July 5. The suit doesn’t name the woman, referring to her as Jane Doe.

When asked to describe her contact with Irvin, Friedman said, “Beyond perhaps meeting her, there was nothing.”

In the suit, the woman said Irvin bought her alcohol to get her drunk, then lured her to his hotel room.

That’s where he and another man tried stuffing money into her clothes, the suit said.

She said Irvin and the other man insisted on sexual favors. She said no.

That’s when the unidentified man held her down and covered her mouth, according to the suit, and then Irvin raped her, she said. When Irvin was done, the other man forced her to perform oral sex.

Afterward, Irvin’s brother, Derrick Irvin, came in and took her to another room and “assisted in covering the sexual assault and rape up,” according to the civil lawsuit.

The other man is unidentified because the woman doesn’t know who he is, said her lawyer, David Lister.

“They investigated it thoroughly,” Bitner said, “although by that time there was no longer any forensic evidence or surveillance video.”

A day later, the woman signed a waiver of prosecution, which Bitner attributed to “her desire to essentially put it behind her and not have it be splashed all over the newspapers.”

Bitner said the tribe turned over its findings to Broward prosecutors.

The woman’s lawyer, Lister, said he had no comment about the Seminole police investigation.

He said his client had passed a polygraph test.

Lister also said his client and Irvin’s counsel had been in negotiations for a financial settlement, but those talks stalled, prompting the lawsuit filed three days before the Super Bowl is to be played in South Florida.

“There were discussion back and forth between the parties,” Lister said, adding that Irvin’s representatives had asked for a settlement figure. “Nothing came of it.”

He said the woman came forward last year, after Irvin appeared on a few episodes of the television show Dancing With the Stars.

Each time, Friedman said no.

“This complaint is tantamount to criminal extortion,” Friedman said. “There is no merit to the complaint.” 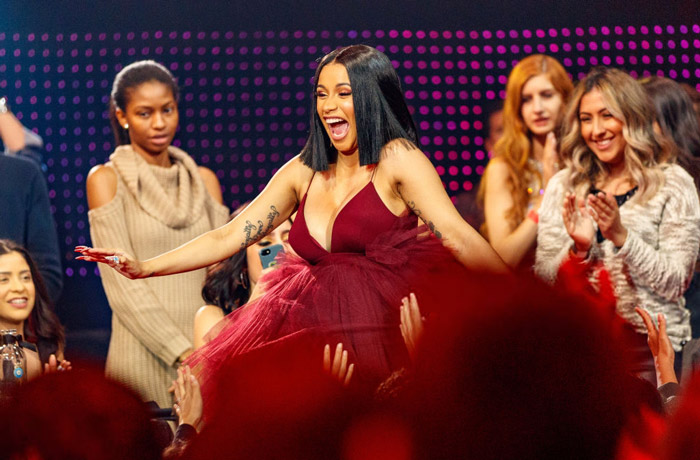 Rumor Report: Cardi B is Pregnant and Expecting in July