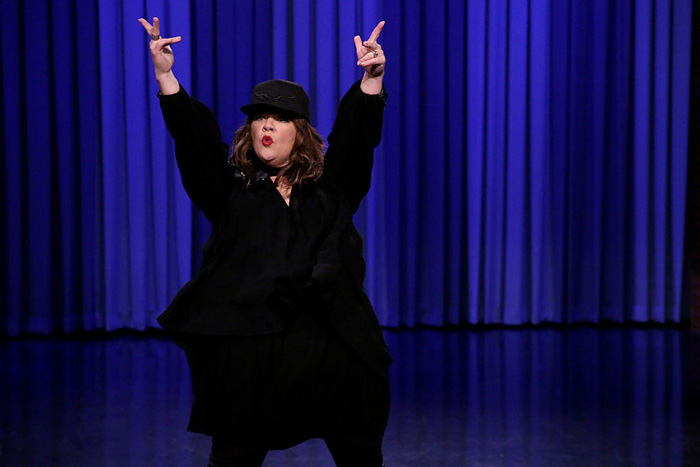 Melissa McCarthy is gon’ give it to ya. The comedic actress killed it on “The Tonight Show” with a lip-sync rendition of a DMX classic.

Grabbing the mic, dressed in all black, the Boss star performed Dark Man X’s “X Gon’ Give It to Ya.” She knock-knocked, opened up the door, and dropped menacing bars, letting it rock, roll, and pop in the process.

Beyond the smash off 2003’s Cradle 2 the Grave soundtrack, McCarthy also sang “Colors of the Wind” from Disney’s Pocahontas. Host Jimmy Fallon tried to fight back in the lip sync battle with Zayn’s “Pillowtalk” and Melanie’s “Brand New Key.”

Watch them duke it out below.