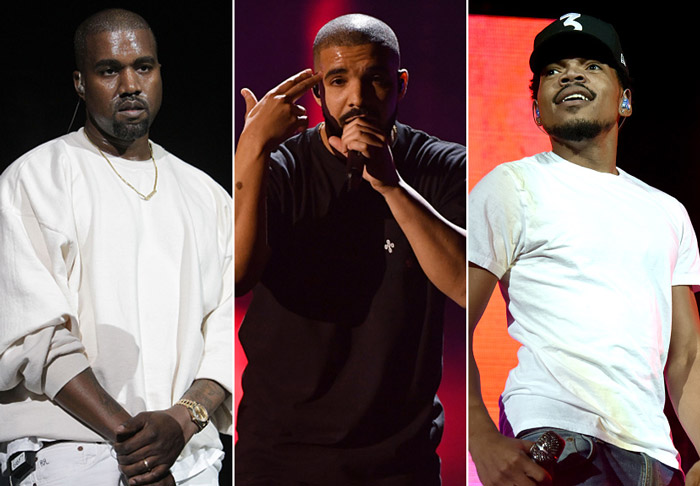 Kanye West has been crowned MTV’s “Hottest MC in the Game” for 2016.

The always contentious list was unveiled during an MTV2 special on Friday (Dec. 16), with Drake coming it at No. 2, Chance at No. 3, Travis Scott at No. 4, and Future rounding out the top 5.

According to Charlamagne, the criteria used for the list included bars, business dealings, impact, style, and social media presence.

Budden, who beefed with the 6 God this year, explained why Drizzy deserved the No. 2 slot.

“I think Drake’s superstar is too enormous for me to put Chance above him yet,” he said. Coincidentally, Joe’s beef with Drizzy might have also helped him climb to the second spot on the list. 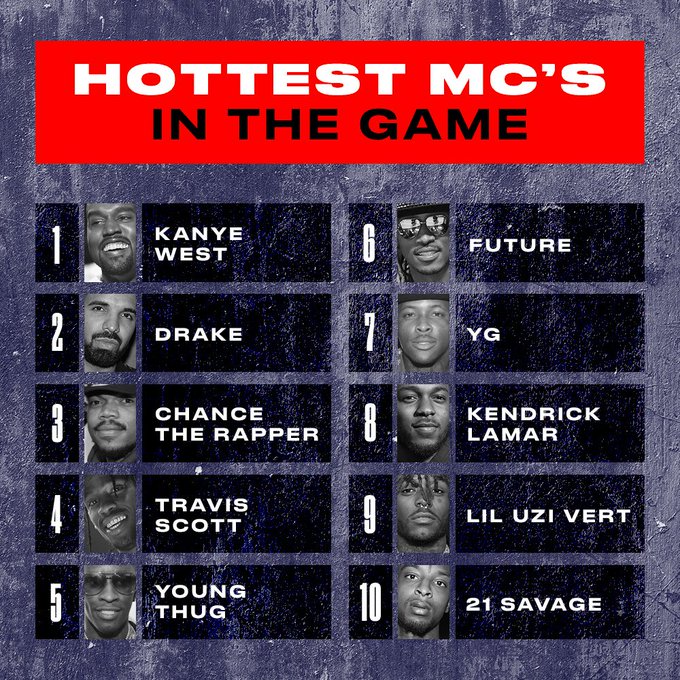 Thanks for watching #HottestMCs. Keep the debate going and send us your personal lists now!

“His ‘No Shopping’ verse is amazing,” said Martinez. “He has people dissing  you. He has a 10-year-old dissing you, a drunk girl at 1OAK dissing you. He has whole stadiums full…He does it like a lot of people can’t do it in mainstream rap.”

After the list was finalized, Budden offered some parting words:

“I gotta agree with the fans,” he joked. “This list trash.”

MTV’s “Hottest MCs in the Game” launched in 2007 as a program hosted by Sway Calloway. This marks the first year that rappers are in the Brain Trust and the second year that Kanye is on top. He previously earned the crown in 2008.