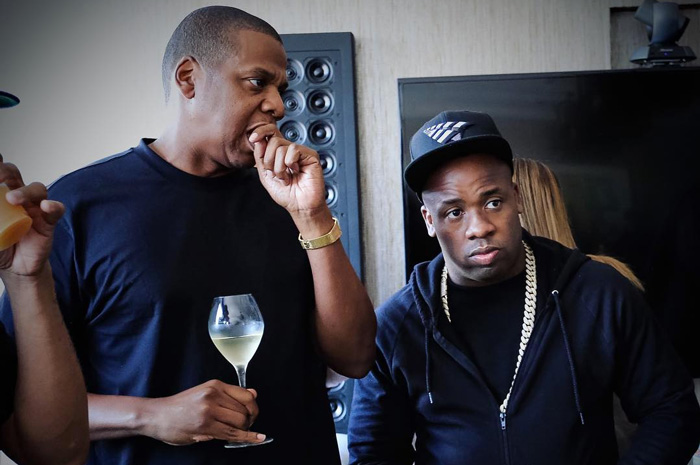 Jay Z welcomes Yo Gotti to the Roc.

On Thursday (Dec. 15), Hov and Gotti made it official, announcing a partnership between Roc Nation and Collective Music Group, formerly known as Cocaine Muzik Group.

Gotti, who is also signed to Epic Records, toasted the big news alongside Mr. Carter at Roc Nation’s offices.

“Jay always been one of my favorite rappers,” said Gotti. “When he told me he was watching what I was doing, I thought that was some cool shit. I was like, I respect your hustle, I respect what you’re doing. I’m a hustler and I think we got the same vision when it comes to diversifying hustlers. The way I see it, it’s just expansion.”

Gotti has had an impressive 2016. This year, he notched his best-performing single to date, “Down in the DM (Remix)” featuring Nicki Minaj, while his album The Art of Hustle peaked at No. 4 on the Billboard 200.

J.Cole Said It Was Tough Writing His “A Star Is Born” Verse With Jay-Z & Beyoncé in the Room