Jay-Z Cancels The Remainder of the BP3 Tour

Jay-Z has scrapped the remainder of his 2009 U.S. tour dates, citing an “unforeseen scheduling conflict.” The rapper’s road trip of college campuses and arenas that kicked off on October 9 was slated to end with a November 22 show in Austin, Texas.

Tuesday night’s (November 17) show in Lubbock, Texas, Thursday’s stop in Albuquerque, New Mexico, Friday’s concert in El Paso, Texas, have all been canceled due to the unexplained scheduling conflict. Jay-Z rep Jana Fleishman did not specify what the conflict was, and a spokesperson for Live Nation could not be reached for comment at press time to explain the cancellations. Earlier this month, Jay had moved this Sunday’s scheduled Austin finale up to November 10 in order to make time for his appearance at the 2009 American Music Awards, which take place in Los Angeles that night.

In the meantime, the rapper has announced a slew of new North American dates for his 2010 BP3 Tour, which is now scheduled to begin with a February 20 show in Ft. Lauderdale, Florida, and features opening act. That tour is currently slated to hit 17 cities and run through March 14 in Detroit.

Jay performed in London with Rihanna on Monday night at her webcast concert to promote her new Rated R album. Jigga made a surprise appearance to work through the verses on his hit “Run This Town” and stuck around to reprise his bit on “Umbrella.” Jeezy also popped in to notch an assist on the new Rihanna single “Hard.” 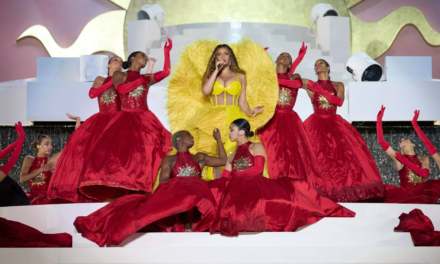