If Drake is not a household name for everyone just yet, the 23-year-old is on the front porch, ringing the bell. That he’s done it without even putting out an official album shows just how far he’s come in 12 months. What a journey it’s been for the Toronto native in 2009.

I first met Drake last year in Los Angeles around Grammy time. Lil Wayne’s co-manager Cortez Bryant introduced me to Drake as a new “singer” that they were working with. Drizzy was cool but barely spoke: At the time, there was no way I’d envision him as having a shot at making the MTV News’ “Hottest MCs in the Game” list, let alone finishing in the top three. He was a “singer,” right?

Everyone — including Drake — is probably surprised at how much he’s achieved this year. On the basis of its quality and impact, Mixtape Daily can say that So Far Gone isn’t just the top mixtape of 2009, but one of the greatest of all time. As a body of work, the project is better than most albums from the past few years.

First off, as promised, homes is singing, and it isn’t anything corny — in fact, one young lady I know was brought to tears after hearing “Brand New.” And his rapping skills were a stunning surprise: His clarity, tone, articulation, confidence and — always paramount — lyrics are first-class.

The impact of So Far Gone built gradually but rapidly, via blogs and word of mouth. As “Best I Ever Had” and “Successful” began picking up radio airplay, Drake began getting offers from just about every major label. Yet he elected to stay with Lil Wayne’s team and inked with their Young Money label, with distribution by the Universal powerhouse, which quickly released an altered version of the mixtape as an EP — and which has led to Drake receiving two Grammy nominations for “Best I Ever Had,” a song that was originally released on a mixtape! From the Net to the streets to the Grammy red carpet: Hands down, this is our mixtape of the year.

Joints We Checked For

» “Lust for Life.” The title alone makes this track (not included on the re-release) a must-listen. Drake gives his declaration of being hip-hop’s newest That Dude. “The game got these old handprints on it/ But I’mma be the one to pour cement on it/ And start over.” His delivery was subtle but effective, like bullets from a silencer.

»“Houstatlantavegas.” Drake described the song to us thusly: “A lot of people think it’s about strippers but it’s not. It’s actually kind of about women who live life with the mentality of a stripper, I guess you could say. Or it’s these girls that sort of drift from place to place and city to city depending on where the event is or where the next show is, where the next awards are. They have guys fly them out, meet guys there and they kind of … I have come across so many women like that either started out like that or I met them and they became like that. And it was just important for me early on, in that disc, to capture that emotion because it actually led to the demise of a relationship that I was in. So yeah, it was just kind of just a way of speaking to a specific type of girl. When I talk about women I don’t like to talk in generic terms, I like to really speak to women — not to say anything they’re doing is wrong but I like to be very specific when I talk to women, so they feel something.”

» “Successful” (featuring Trey Songz and Lil Wayne). Drake: “I remember hearing the record and the drums coming together, and they were just so rocking and it has this pocket and there was no melody yet, and [when the chords came in] it was so eerie. I was like, ‘Yo that’s it!’ Every note fell into place. So I had this beat sitting here that I love so much and I didn’t know what to do with it. Sometimes as an artist you find a musical piece that you love so much that you want to do it justice. It’s a very overwhelming feeling at times. So I actually turned to Trey Songz and I was like, ‘Yo, I got this joint and I know how it makes me feel. I just don’t know how to say it the right way.’ So I sent him the record and he sent me back this hook and was like, I want to call the song ‘Successful.’ ”

» “November 18.” Drake says of this track, which also is not included on the re-release: “My connection with the South is one of the best connections in the world: My father is from Memphis, Tennessee, so at a young age I got a feel for what the South was really about [because] I got to go down there every summer. It really shaped the person that I am to be able to go from a city like Toronto to Memphis. It’s like two different worlds: Toronto being this big city, more cultured, it’s very different than Memphis. So to go to Memphis I used to love the feeling that I would get hanging out with my cousins and hearing the music from the South and seeing how they support Southern artists. Actually, of the first artists that I really got that feeling from was Yo Gotti. In Memphis at the time Yo Gotti was fresh, he was new, he was just popping. I used to go to his shows and I would sneak in. It was just a thrilling feeling to be a part of it. And then I just started listening to music that the South had to offer and it influenced a lot of my sound.”

» “Ignant Sh–” (featuring Lil Wayne). The song that got the most play in our office, its Just Blaze beat (taken from Jay-Z’s song of the same title) has a classic feel. Drizzy was so arrogant on the record, not too many people could have come after him on the beat, but Wayne was a downright rap hooligan on it. It has so many quotable lyrics in such a short time span, let’s just highlight: “Better cover your eyes, your face falling/ Watch the game from the side, I’m playing calling/ No, I didn’t say that I’m flawless/ But I damn sure don’t tarnish.”

If you need any more convincing, be sure to track down both the mixtape and the re-release. And stay tuned for Drake’s official debut LP, Thank Me Later, due in March. Can 2010 be Drake’s year even more than 2009 was? 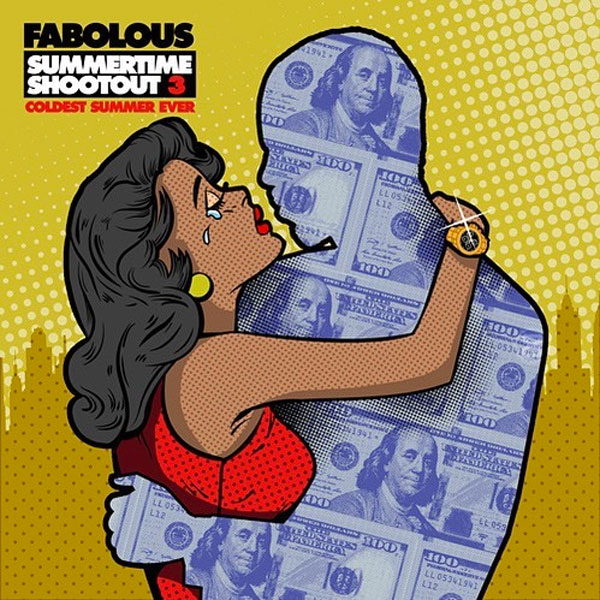 Lupe Fiasco – Enemy of the State: A Love Story [Download]