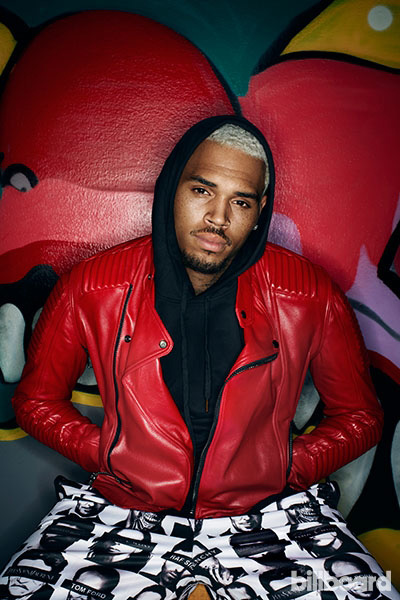 In the past year, Chris Brown has shied away from the press. But in anticipation of his upcoming sixth album X on September 16, the R&B superstar broke his silence toBillboard in an exclusive interview.

While putting the finishing touches on X at Chalice Recording Studios in Hollywood, the “Loyal” singer opened up about life behind bars. He said that he did not write any songs while incarcerated

(“Jail isn’t a place of many creative spirits”), and instead passed his time by drawing and sketching.

He described his 108 days in custody as a “humbling experience,” and learned to appreciate his loved ones (and even simple things like food).

He admitted that he has made mistakes, but doesn’t want to be defined by his troubled past.

“I can say that I try to live my life in the most true, honest way that I can,” said Brown. “I am not perfect, no one is. No one is harder on me than me. No one can please everyone. No one can live in the past and expect to grow. I have been moving forward and hope that I am not defined by just a few moments in my life but all of the moments that will make up my life.”

Plus, find out what he had to say about his relationship with Rihanna and whether he considers himself a role model.

On life in jail: “A guard wakes you up; you eat. You stay in your cell most of the time, basically 24 hours a day. Maybe on Mondays you go to the roof inside of a cage and have a phone call. It’s isolation. You have time to focus on what matters, on what to do and what not to do.”

On what he’s learned: “My maturity level has risen as far as my realizing what’s important. Realizing that I’m human like everyone else. At the end of the day, it’s just a humbling experience. You’re more appreciative of everything else that’s on the outside. A burger tastes 1,000 times better when you’re out [laughs]. I’m just more appreciative of the things I’m blessed with and the things I do: music, being able to take care of my family, being able to see my friends and family.”

On what he missed most: “I just missed my family. At the end of the day, music is definitely a passion. But when you’re dealing with your own personal issues, family is first. I just dealt with that. I missed my dad and mom, all my cousins…seeing people’s faces and smiles…seeing people who were just encouraging and positive.”

On whether he sees a day when his relationship with Rihanna won’t be brought up: “When we’re not relevant anymore, that might be the case. As long as you’re doing something good, people will always bring up old stuff or negative stuff because they don’t want you to surpass a certain level or elevate. But as long as you have your head on straight, it shouldn’t matter what people want to say.”

On being a role model: “I’ve gone through more stuff than most 35- or 40-year-olds, and I’ve dealt with it. As far as becoming a man in the public eye, continuing to persevere and stay positive throughout trials and tribulations…that’s the only thing I’d say contributes to my being a role model. If kids look up to me, that’s amazing; great. As far as me as an artist and a person, I always want to exude positivity. But as far as saying, ‘Hey, I’m a role model, I’m the best of this,’ I take the humble approach and let people make that decision for themselves.”

On the outcome of his D.C. assault case: “I just feel positive about life in general. Whatever happens will happen, and God has me. I’m going to keep my faith and be focused on my family, friends, fans and music. And from there just be the best Chris Brown I can be.”

For the full interview and more photos, head to Billboard.com.

Bronx Teen Finally Named The Baby On The Cover Of The Notorious B.I.G. Album “Ready To Die” [VIDEO] 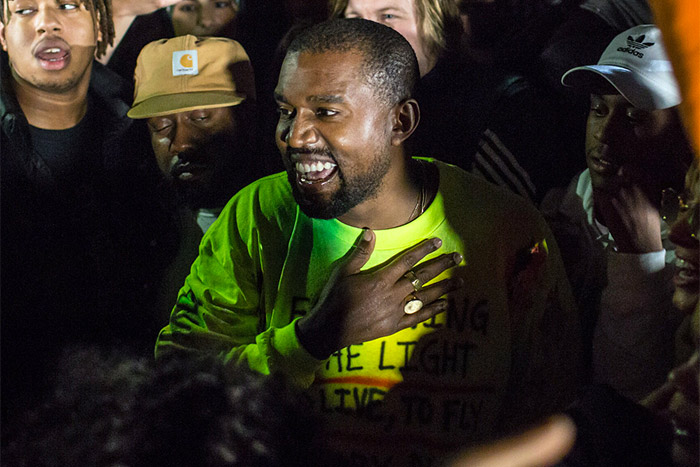