Bun B, Life After Death

With the untimely passing of Pimp C two years ago, most thought it was the end of UGK. However, surviving member Bun B carried on the group’s legacy and orchestrated one final album, the appropriately titled UGK 4 Life. Despite already being an established solo artist, Bun still found it difficult carrying the Underground Kingz crown without his partner in rhyme. The Port Arthur, Texas native pushes on, steadily promoting the album and making sure that fans don’t forget the Pimp C’s name. In fact, a full eight months after releasing the LP, Bun B just dropped a remix video for “She Luv It,” featuring Slim Thug and Killa Kyleon, last week. XXLMag.com caught up with the Texas titan, who’s completing his third solo album Trill OG, to discuss how he got his wife to agree to a strip club video shoot, how he knew 50 Cent before he got shot and respond to commenters labeling Pimp one of the funniest rappers of all time.
XXLMag.com: How difficult has been promoting UGK 4 Life without Pimp being around?

Bun B: I think the biggest issue I had was the emotional factor. We were very fortunate that Pimp left a lot of good music. It was just important that we weren’t exploiting this project, that we did justice to it and weren’t taking advantage of the situation.

XXLMag.com: Y’all just dropped the “She Luv It (Remix),” which was shot in a strip club. How’d the whole idea come together?

Bun B: The idea actually came when I got a call from someone hosting parties at a strip club in Houston called the Player’s Club. I don’t normally do anything at strip clubs because I’m married, but it came to a point where they offered a lot of money and even my wife was like, “You can’t turn that down, it’ll be crazy.”

XXLMag.com: So your wife was cool with it?

Bun B: It’s the YouTube age so you can’t do anything anyway, because people will take pictures or tweet it, so she was a lot more comfortable with me in that kind of a setting. I started thinking, How do we maximize going to this strip club? Well, I thought let’s go and shoot a video. I only got one video that I can probably shoot there and it was for “She Luv It,” because it’s a strip club type of song. But “She Luv It” is UGK, Pimp got a verse, I got a verse, we go back and forth, but I said who do I know who can put work in [for a remix] in a quick amount of time. Locally, Slim Thug is always good, Killa Kyleon is always good. They did the song the same day I gave them the music.

XXLMag.com: Is your label paying for the video or you’re doing it yourself?

Bun B: We did this ourselves. It’s not a single we could release commercially or service to radio. It’s a strip club song. The video didn’t take a lot of time or hardly any money.

XXLMag.com: Are you currently working on a new solo album?

Bun B: I just started on a Trill OG, which is targeted for the first quarter next year to take advantage of the Superbowl weekend, All-Star weekend, MAGIC convention and all these opportunties where you can market and promote yourself to a lot of people in one time. At the Superbowl weekend you can touch 100,000 people in one weekend. We dealing with a lot of people, working with J.U.S.T.I.C.E League, Cool & Dre, DJ Premier, in-house producers… So I’m just gonna try and offer people music that makes sense for the club, car, iPod and at the stadium.

XXLMag.com: Last month we did a feature on the site where we listed funny rappers that should do stand-up. A lot of the commenters suggested that Pimp C should have been included. What do you think about that kind of perception of him being funny?

Bun B: It doesn’t bother me at all. Pimp took a lighthearted approach to a lot of things and people. If you knew Pimp C at all, that’s how he worked. When you think about the funniest comedians, they tell the truth. The more honest they are, the more funny they are.

XXLMag.com: You’re one of the few artists that gets universal love from newjacks and veterans. Why do you think you get so much love from fans and peers?

Bun B: It hasn’t been that long [since] I was that guy. I was looking at people like KRS-One, Ice Cube and they actually open themselves up and were encouraging and taught how to maneuver through the obstacles that you find yourself in this music industry. With a name like Underground Kingz, which is so specific, I always felt like if we gonna call ourselves UGK, we better have knowledge of all the aspects of the underground. UGK are the underdogs so I’ve always had a soft spot in my heart for the underdog. Everything is always changing but UGK is always embracing the new generation. If you look back at all the different people that I’ve worked with, like Cash Money, Young Jeezy. I was there for the first Trick Daddy album, for 50 Cent’s first album. I was friends with 50 before he got stabbed, much less shot. I’ve just been real lucky to have different call me and turn me on to different artists.

XXLMag.com: How’d you know about 50 all the way from Texas at the early stages of his career?

Bun B: With 50 Cent, that was a call that came from Tone [of the Trackmasters], like yo, “I got this kid, he’s signed to JMJ, he’s hot, he’s from New York, but his style was a little like what you’re doing in the South.” Same thing with Jeezy, my man D-Money called me and said, “I got this young boy he’s in the streets but he’s trying to do his rap thing right now. He’s got a nice sound, a movement to him.” Hopefully, when you look at the next generation of people, like Wale, Cool Kids, Kids in the Hall, Donnis, Curren$y, people like that, you’re seeing the same things that you saw people in the past generation who blew up and really took advantage of the game. Hopefully they’ll get an opportunity. Everything in life is a cycle and the generation of artists that came up on my music, I see the new generation do what I do and take it further. —Slav Kandyba XXL 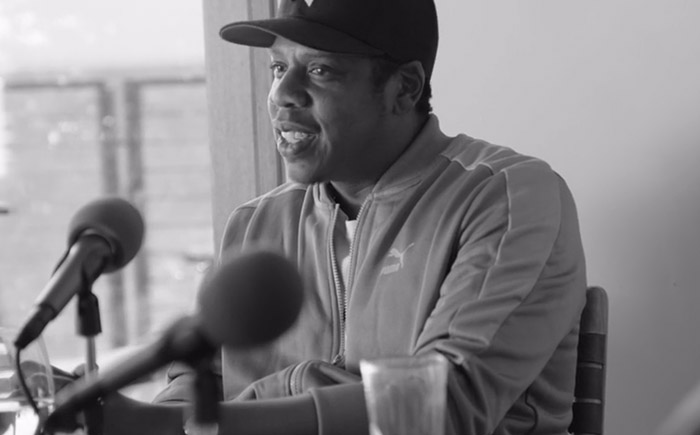 In a Rare Interview, JAY-Z Opens Up About Beyoncé, Kanye West & Solange [VIDEO]