Brangelina no more! Hollywood’s golden couple, Brad Pitt and Angelina Jolie have reportedly decided to separate and are having legal paperwork drawn up to share custody of their six children.

According to several reports the split is amicable and since they never married, they won’t have to go through a nasty divorce and each person will keep his/her own fortune.

Jolie will reportedly get full custody of the kids, but Pitt will have full visitation rights.

Brad and Angie didn’t show up to the SAG Awards today or the Golden Globes last Sunday. Brad’s movie ‘Inglourious Basterds’ won for best ensemble, but Brad was nowhere in sight.

News of the split was first reported by the UK’s News of the World. According to the report, they signed documents for separation in “early January.”

“It seemed clear they want the world to know they’ll both play a part in the upbringing of the children,” the source said. “But Angelina will actually be the one who lives with them full-time.”

The last time they were seen together was earlier this month during a family outing in New York. They had taken their kids to see Mary Poppins.

According to reports, they got into a heated argument while having dinner together at Alto restaurant in Midtown Manhattan. Brad was overheard telling Angie she needs to seek psychiatric help for the depression she’s suffering since losing her mother three years ago.

The couple, who never married, have been together since shooting the film “Mr. and Mrs. Smith” five years ago, when Brad was married to Jennifer Aniston.

Back in December 2009, during an interview with Das Neue magazine, Jolie said she doesn’t believe fidelity is “essential” for a relationship.

She told the magazine,

“I doubt that fidelity is absolutely essential for a relationship. It’s worse to leave your partner and talk badly about him afterwards.

“Neither Brad nor I have ever claimed that living together means to be chained together. We make sure that we never restrict each other.”

She added, “The sparks fly at home if the nice Brad fails to see that he’s wrong and reacts in a defiant way. Then I can get so angry that I tear his shirt.”

Of course the big question on everyone’s mind is “Will Brad Reconcile with Jennifer Aniston?” They were together in the same room on Friday night during the Haiti telethon, but they reportedly avoided each other. 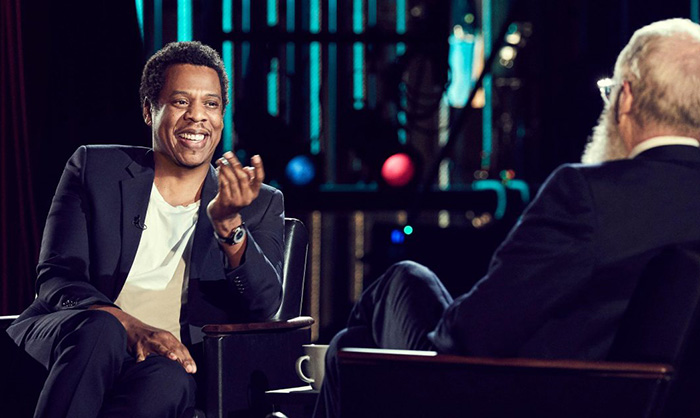 JAY-Z Talks to David Letterman About His Mother Coming Out: “I Was Happy For Her” [VIDEO]