The Grizzlies announced Monday in a statement that the team has ended its one-year contract with the 10-time All-Star and former league MVP in what it called a mutual agreement. Iverson is expected to be placed on waivers by 6 p.m. ET Monday, a league source told ESPN.com’s Chris Sheridan.

Under the agreement, Iverson will receive only a fraction of the $3 million he was scheduled to earn. If he clears waivers, he will become an unrestricted free agent on Wednesday night.

Iverson has been on a personal leave of absence for 10 days. Grizzlies owner Michael Heisley had told Iverson’s agent, Leon Rose, earlier Monday that team wanted to know soon whether Iverson would play or retire, the Memphis Commercial Appeal reported on its Web site. 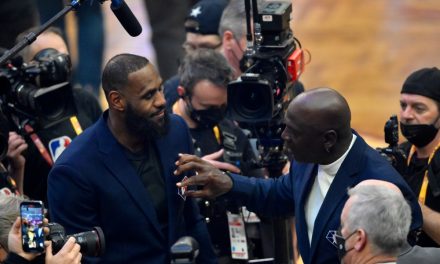 Lil Wayne NBA Courtside at The Lakers vs. Hornets Game 2

The NBA Wont Give Jordan The Logo, Then Retire #23