What the Loss of DMX Means 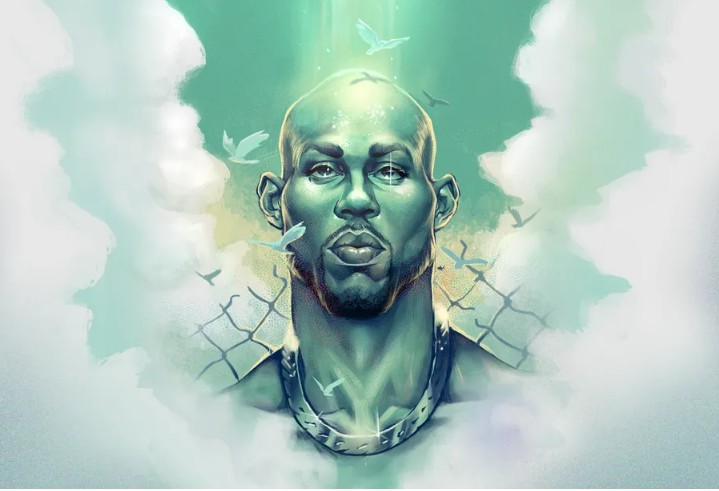 A few thoughts on the rapper’s titanic legacy, his real-life pain, and the gulf between the two.

The truth is: I don’t know what to say.

The truth is: This will just be something that is about DMX, and also it’ll probably be something indirectly about some other stuff; some stickier stuff; those inert thoughts and feelings that live in the shadows that you’re only ever forced to confront when something terrible has happened.

The truth is: This whole situation is bad.

And the truth is: It’s OK to feel like that.

In the days that followed the news of DMX’s death, a great number of people shared a great number of things on social media related to him. Some shared photos many consider to be his most everlasting images (usually it was one of several that photographer Jonathan Mannion took of him). Others shared their favorite verses from his songs. Some shared quotes or memories of a chance encounter that they had with him that they’ll carry in their chests forever. Others shared a screenshot of that scene in Fresh Off the Boat when he talked about raising orchids that suddenly seemed especially heartbreaking

And among all of that, there were two video clips that I haven’t been able to stop thinking about. They aren’t related at all—one happened in December 2020, the other a month earlier in November; they’re from different shows; they have different people in them, etc.—but, for some reason, they have become attached together into one viewing experience for me..

In the first, which is a clip from Noreaga and DJ EFN’s podcast Drink Champs, a legendary battle rapper named Murda Mook tells a story about the time he watched DMX participate in a battle rap on a street corner in New York.

Murda Mook speaks of DMX with the kind of reverential tone that gets invoked only in the purest instances of idolatry. He says that during the battle, DMX teed up a section for his literal dog to literally participate in. He says that DMX was rapping, and DMX said a line close to, “The dog / she might bite you / something with ’em,” and that was the cue for the dog to start growling at his opponent. So the dog started growling at DMX’s opponent. And then DMX, off the dog’s growl, finished the bar by interrupting the dog’s growling and saying, “Chill, ma / Let me get ’em.”

This story Murda Mook told about how DMX trained his dog to adlib for him during battles is just as legendary as it is hilarious. Pulling for you X. We love you. pic.twitter.com/L2q0cg6TLW

It’s fucking hilarious, and wonderful, and an incredible thing to picture in your head; DMX, as big and profound a rap superstar as we have ever gotten, rehearsing lines for an upcoming battle rap, training a dog to growl at a specified moment so he could play off of it.

Were the story attached to any other rapper, it would sound entirely fake. But because it’s DMX, and because of the mythology surrounding him—that air of inevitability; the way he seemed to be able to bend the entirety of the universe toward himself; the unfettered confidence and strut; his ubiquity—it felt entirely possible that Murda Mook was recounting a real memory.

The second video, which from the podcast People’s Party With Talib Kweli, is another DMX story, except this time it’s DMX telling it about himself, and it’s way less enjoyable, and way less magical, and far more destructive.

In the clip, DMX recounts the time his mentor tricked him into smoking crack when he was just 14 years old. (He’d offered DMX a blunt. DMX thought it was marijuana. He found out shortly thereafter that it was laced with crack.) When DMX tells the story, he is visibly and audibly shaken. His voice cracks almost immediately. His words turn into cinder blocks. He cries as he talks. You can hear the hurt in him, and see the hurt in him, and feel the hurt in him.

“My thing … ” he says, before pausing in an attempt to gather himself, and it looks like a lifetime of anguish and pain is slumping his otherwise proud shoulders down. “Why would you do that to a child?” He struggles with the thought. And it’s so devastating to watch, and to consider, and to process. He’s talking about someone who he believed loved him; someone who introduced him to rap, which would eventually change his life forever; someone who, after a childhood filled with abuse and abandonment, he finally thought he could trust and be safe with.

DMX continues: “He knew I looked up to him.”

Then he raises his voice and repeats himself. “He knew I looked up to him, you know what I’m saying? Why would you do that to somebody who looks up to you?”

Then, a longer pause.

And then, finally, a reckoning: “A monster was born,” he says, referencing what would become his lifelong struggle with addiction.

And I keep thinking about that clip—about DMX speaking so candidly about a very pulverizing inflection point in his life—and the way it sits next to the other video, which is beautiful and joyous and speaks to how gigantic DMX was for so many of us. There’s something about the how wide the spectrum of emotion is between those two clips that is fucking me up.

Or maybe it’s something else entirely. Or maybe it’s nothing at all. Maybe I’m looking for meaning where there is none because sometimes that’s just what your brain does in times like these.

The truth is: I don’t know.

The truth is: I’m tired of death, and of imagining the last moments of someone’s life, and of eulogizing the people who made the stuff I cared so much about growing up.

The truth is: Everything is going to be a little bit worse now that DMX is gone. And it’s our turn now to carry his pain. -The Ringer