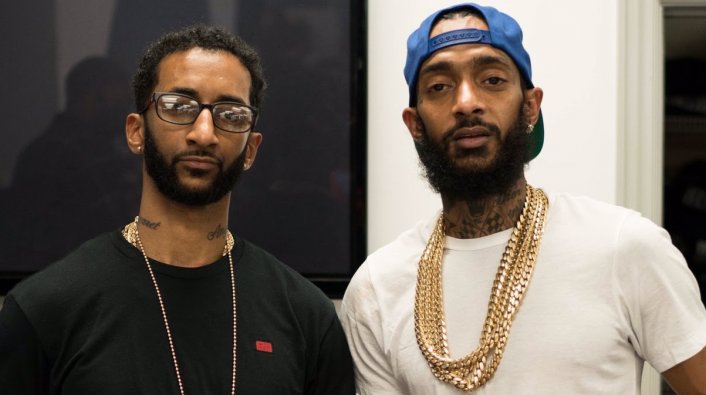 The caller on the other end of Samiel Asghedom’s phone was panicked but clear. His younger brother — known to the world as rapper Nipsey Hussle, but to Samiel as just Nips — had been shot.

It was Sunday afternoon — hours before hundreds of mourners would descend on South Los Angeles to remember a man known as much for his boastful music as for his humble contributions to his community. And days before a man named Eric Holder would be charged with murder. 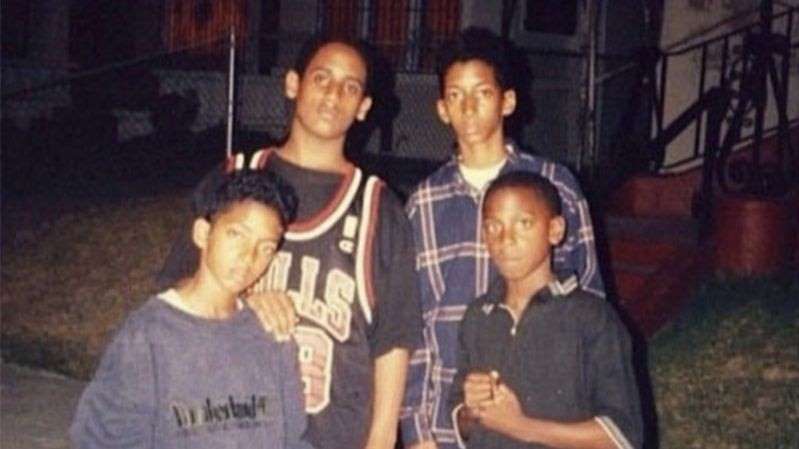 Samiel jumped into his car parked outside of his grandmother’s house. He ignored the red lights as he raced down Slauson Avenue — the South Los Angeles street that he and Nips were working to uplift. He arrived at the Marathon Clothing store precious minutes after a gunman fired multiple rounds into Nips, but before the paramedics pulled up. The time when life can precariously slip into death.

The suspect charged with the murder of Grammy-nominated rapper #NipseyHussle has pleaded not guilty. #EricHolder, 29, was charged with one count of murder, two counts of attempted murder and one count of possession of a firearm by a felon in connection with the shooting. Holder’s attorney, former #OJSimpson prosecutor #ChristopherDarden, entered a not guilty plea on his behalf at his arraignment on Thursday. Holder is being held on $5 million bail. He faces up to life in prison, if convicted as charged. via: @abcnews

Blood stained the front of his brother’s shirt and a hole marked where a bullet entered his leg.

There’s no reason for him to still be breathing, Samiel thought.

But Nips was. Air rushed in and out of his nose — strong and loud.

Growing up in turf claimed by the Rollin’ 60s Crips gang, Samiel had seen death up close. Bullets, when they hit their target in the chest like the ones that hit Nips, were cruel and quick. 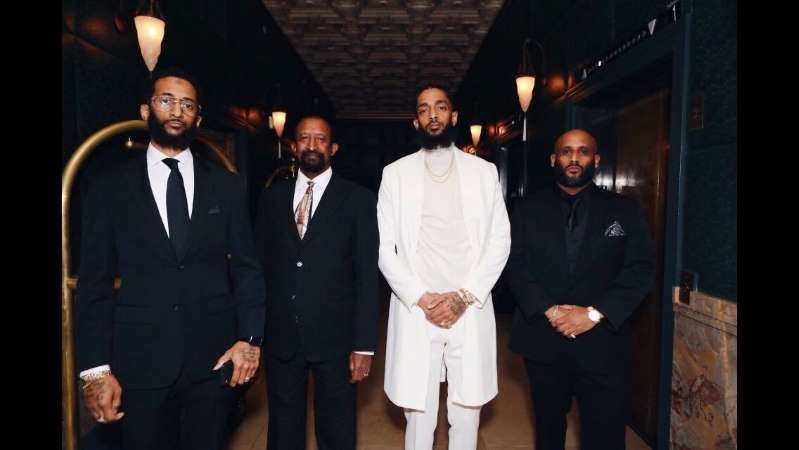 On Wednesday, Samiel recounted his brother’s final moments to The Times. He says he is haunted most by the way the shooting happened.

They were best friends. He was by Nipsey’s side when he was selling T-shirts and CDs from his car as a teenager, there when he opened a clothing store in the strip mall where they use to hang in the parking lot, and there when he signed a record deal with a major label. Last Sunday was no exception.

Police say Nips, born Ermias Asghedom, was gunned down by Holder, a 29-year-old aspiring rapper. Video from a nearby security camera captured the brazen attack, which occurred in broad daylight. Footage has been circulating on social media. What it doesn’t show is Holder talking to Nips a few minutes earlier.

Holder was a familiar face in South L.A. Pictures on social media show him wearing the Crips-blue bandannas, but in recent years, he seems to have vanished.

He re-emerged at the Marathon Clothing store on Sunday. The two men talked, shook hands and Holder left.

Nips would pop up in and out of his store without notice, his brother and others said. Samiel worried about his safety, and urged him to stop hanging in the parking lot and come inside. Nips had a bodyguard, but he moved freely through his neighborhood and those of rival gangs without worry.

He straddled many worlds with ease. His cool demeanor and regular appearances at the store made him relatable.

Nips built his reputation in the street, saying in a 2014 interview with the YouTube channel Vlad TV that he had joined the Rollin’ 60s as a teenager. But over the years, he grew his street hustle into legitimate businesses, connecting with the larger community of Los Angeles and the world, including some cops and politicians His music echoed his environment, but it also spread his message of entrepreneurship and the importance of planning for long-term success.

That strip mall was a business model for the future of his ’hood and his second home.

A little motivation from #NipseyHussle 💙🕊

Samiel hushed the crowd that had formed around his brother. Nips laid on his back with his head tilted to the side.

The 911 operator told him what to do. Samiel found the hard, flat spot on his brother’s chest, clasped his hands together and pushed forcibly down, hard, to keep Nips breathing.

When the 911 operator reached 20, the wail of an ambulance’s siren filled the air around the strip mall — a place the brothers said they had been arrested many times before after the sound of different sirens.

Paramedics inserted a tube down Nipsey’s throat, stuck an IV in his arm and then lifted him off the pavement onto a waiting stretcher.

A chilling scream erupted from somewhere in the crowd of those who had gathered to watch. A bullet pierced the back of Nipsey’s head.

For the first time, Samiel saw the gunshot wound on the back of his brother’s head. He started praying.

The strip mall was the place where Nips and Samiel got their hair cut and ate burgers. It was where both brothers said cops regularly held raids.

The Marathon Clothing store hired mostly felons because they often have a hard time finding work with a criminal record. Felons also are prohibited from carrying guns.

The ambulance arrived at the hospital before Samiel got there. The doctor seemed to be avoiding him.

Samiel walked toward the ambulance and approached a paramedic.

“We tried our hardest,” Samiel recalls him saying.

Since then, Samiel has been trying to come to terms with what happened, but it’s hard to know who to trust. His brother’s death feels like an “execution.”

He wonders if the attack was a hit job or if Holder was simply jealous.

“It doesn’t make sense that somebody from the area, that just snuck up, and just talked to him and shook his hand minutes before,” Samiel said. “It’s mind-boggling.”

“He made something work in an area that was run-down, that people were scared to come to, and he turned it into a landmark,” he said. “All races. Different states. Many countries. They all come to Crenshaw and Slauson. He was truly the people’s champ.”

Jay-Z Has Been Crowned “King Of The Year” By GQ Magazine; Speaks On Baby Carter