Mixtape Download: BJ the Chicago Kid – “BJTCK: A Tribute to the Anniversary of Usher’s Confessions” 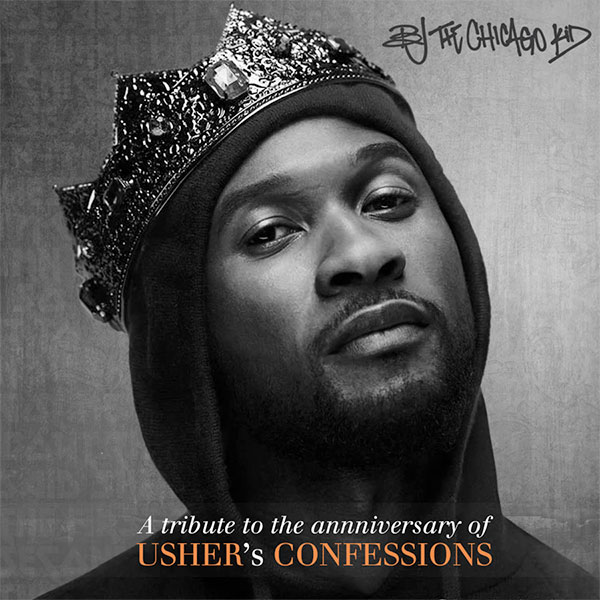 Yesterday (March 23) marked the 13th anniversary of Mr. Raymond’s Confessions album. To celebrate the occasion, BJ delivers BJTCK: A Tribute to the Anniversary of Usher’s Confessions, a three-track homage to one of his “absolute favorite albums,” which originally dropped in 2004.

The mini-EP borrows from past interviews and blends lyrics and melodies with new sounds, as BJ unleashes covers of “Confessions,” “Superstar,” “Can U Handle It?” and “Simple Things.”

An excerpt from an old Usher interview kicks off the project.

“There’s a wide variety of different music and I’m speaking to different generations through the music,” he says. “I’m giving you little bit of what you were expecting but also giving you a little bit of what I feel you need. In terms of R&B, I feel like this is a great contribution to the art form of what rhythm & blues is all about. It’s about true instrumentation. It’s about stepping away from the synthesized sound, and being authentic.”

Usher’s groundbreaking album went on to sell more than 10 million copies and earned three Grammys, including one for Best Contemporary R&B Album. But it also has some important ties to BJ, who worked as one of Usher’s background vocalists for “The Truth Tour,” which ran in support of Confessions.

Listen to BJ’s Confessions tribute below.