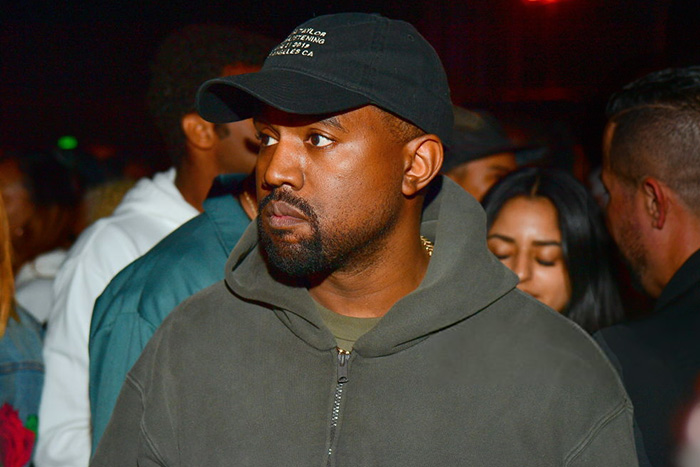 Kanye West opens up in a wide-ranging interview with The New York Times.

While in Wyoming for his ye album release party, Mr. West discussed everything from his support for Trump and controversial slavery comments to suicide and fear of Kim Kardashian leaving him.

Kanye, who revealed his battle with bipolar disorder, admits that he had suicidal thoughts. So his wife staged an intervention with motivational speaker Tony Robbins.

“He could look at me and you know, I don’t know why he mentioned suicide, but he could tell that I was very low,” he said. “Really medicated, shoulders slumped down, and my confidence was gone, which is a lot of the root of my superpower, because if you truly have self-confidence, no one can say anything to you.”

As for Trump, he still stands behind his support for the president, but admits that he doesn’t “agree with all of his policies.”

When asked about the infamous comments he made about slavery during a TMZ interview, he did not back down.

“What I will do is I’ll take responsibility for the fact that I allowed my voice to be used back to back in ways that were not protective of it when my voice means too much,” he said.

But despite all the controversy, Kanye is still thriving. His album ye became his eighth No. 1 on the Billboard 200.

“Half the people that are listening to the album are supposed to not listen to the album right now. I’m canceled,” he said, adding, “You’re not always going to agree, but they’re not going to leave.”

ON TRUMP: “I felt that I knew people who voted for Trump that were celebrities that were scared to say that they liked him. But they told me, and I liked him, and I’m not scared to say what I like. Let me come over here and get in this fight with you.”

ON PRESSURE TO SUPPORT HILLARY CLINTON: “The family meaning the world — because you’re black, because you make very sensitive music, because you’re a very sensitive soul, it was like an arranged marriage or something. And I’m like, that’s not who I want to marry. I don’t feel that. I believe that I’m actually a better father because I got my [expletive] voice back, I’m a better artist because I got my voice back. I was living inside of some universe that was created by the mob-thought, and I had lost who I was, so that’s when I was in the sunken place. You look in my eyes right now — you see no sunken place.”

ON BEING AN ARTIST: “We need to be able to be in situations where you can be irresponsible. That’s one of the great privileges of an artist. An artist should be irresponsible in a way — a 3-year-old.”

ON HIS SLAVERY COMMENTS: “I said the idea of sitting in something for 400 years sounds — sounds — like a choice to me, I never said it’s a choice. I never said slavery itself — like being shackled in chains — was a choice. That’s why I went from slave to 400 years to mental prison to this and that. If you look at the clip you see the way my mind works.”

ON WHAT HE LEARNED FROM THE TMZ INTERVIEW: “I learned so much. I learned about the context of the idea of the word slave. I didn’t take it in that context. I think that my personality and energy mirrors Nat Turner, or it had in the past, but that showed me that also that Nat Turner approach would land me in the same place Nat Turner landed, and that I would be legendary but also just a martyr. But I guess we’re all martyrs eventually, and we’re all guaranteed to die.”

ON WHETHER HE FEARS HIS BLACK FANS WILL ABANDON HIM: “Like I said, wouldn’t leave. Like yes, got a bunch of different opinions. You’re not always going to agree, but they’re not going to leave.”

ON SUICIDE: “Oh yeah, I’ve thought about killing myself all the time. It’s always a option and [expletive]. Like Louis C.K. said: I flip through the manual. I weigh all the options. I’m just having this epiphany now, ’cause I didn’t do it, but I did think it all the way through. But if I didn’t think it all the way through, then it’s actually maybe more of a chance of it happening.”

ON KIM KARDASHIAN LEAVING HIM: “There was a moment where I felt like after TMZ, maybe a week after that, I felt like the energy levels were low, and I called different family members and was asking, you know, ‘Was Kim thinking about leaving me after TMZ?’ So that was a real conversation.”