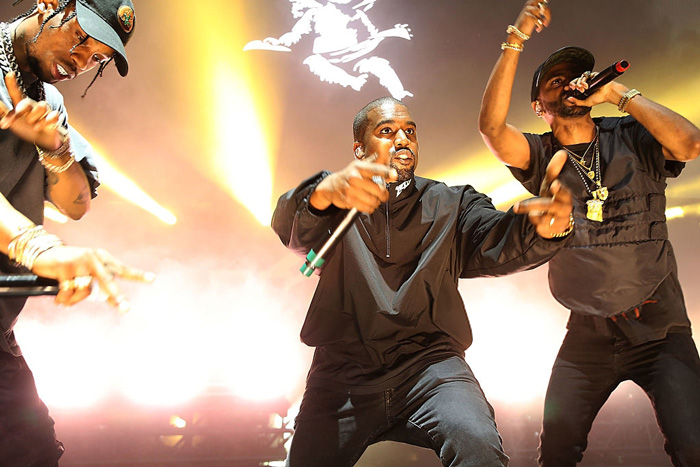 After his headlining Governors Ball set was canceled, Kanye West stormed the stage at New Jersey’s MetLife Stadium on Sunday (Jun. 5) during G.O.O.D. Music’s set, which also featured Big Sean, Pusha T, 2 Chainz, Desiigner, and Travis Scott. Together, the crew performed solo cuts and collaborations, including a portion of “Champions,” a track Yeezy and Sean Don also performed at Powerhouse.

But other surprises dampened the mood. Inclement weather forced a delay and the cancelation of the event’s entire Festival Stage. Later, a fight broke out, resulting in three arrests, lights being turned on, and another delay. And eventually, the show was cut short due to a curfew, canceling Future’s headlining performance.