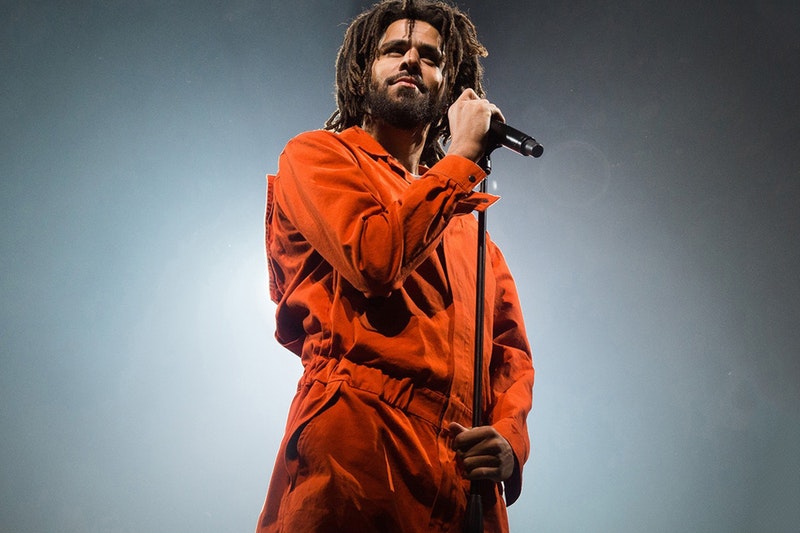 Cole’s new joints “ATM,” “Kevin’s Heart,” and “KOD” arrive at Nos. 6, 8, and 10, respectively. He is the first artist to debut three top 10 cuts on the coveted songs chart in the same week. Additionally, the songs open at No. 2, 3, and 6 on the Streaming Songs chart, according to Billboard.

In 2016, he also placed all 10 songs from 4 Your Eyez Only on the Hot 100. Two additional songs not on the album, “False Prophets” and “Everybody Dies,” also made it on the chart at the time.

Ariana Grande’s “No Tears Left to Cry” also makes a splash, debuting at No. 3. Along with Cole’s three joints, this is also the first time four songs debuted in the Hot 100’s top 10.

Drake’s “Nice for What” continues to reign on the chart, followed by “God’s Plan.” Drake has spent 34 cumulative weeks at No. 1, tying Elton John for third-most among solo male artists. Usher (47) and Michael Jackson (37) lead in that distinction. He also appears on the chart with BlocBoy JB’s “Look Alive” at No. 9.

Drake and Cole reached another milestone. This marks only the second time two artists nabbed three top 10 slots apiece. Ariana Grande and Iggy Azalea previously did this in 2014.