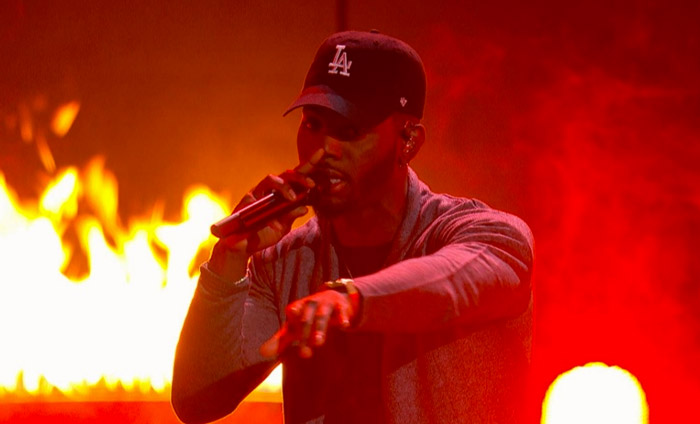 With flames licking up behind him, Bryson Tiller, already the MVP of the 2016 BET Awards, came out to perform a pair of his biggest hits during the ceremony.

Rocking an L.A. fitted, the Louisville, Kentucky native brought the smooth, midnight storm flavor to the stage, maintaining a relatively static stage presence as he ran through the cuts in front of an ambulance parked to his right, while Ray J and “Black-ish” actress Marsai Martin sang along.

His BET performance came in the wake of Tiller already winning Best New Artist and Best Male R&B/Pop Artist, which he dedicated to his hometown.

Tiller has had a banner year following the release of his debut album T R A P S O U L. The album, which spawned numerous singles including the aforementioned cuts, debuted at No. 11 on the Billboard 200 and was eventually certified platinum this past April.

Bryson is scheduled to perform at The Meadows Music and Arts Festival on Oct. 1-2 at Citi Field in Queens, New York.

Chinx Posthumous Album To Be Released in August