On this day last year, millions of Americans huddled on a crisp winter day near the steps of the Capitol in Washington, D.C., to watch Barack Obama’s historic inauguration. The nation’s first black president encouraged the multitudes to unite in hope against what he called the “gathering clouds and raging storms” of economic despair and war.

“We gather because we have chosen hope over fear, unity of purpose over conflict and discord,” he said in a speech that summarized the parallel messages of the bitterly contested 2008 election season: hope and change.

With one year in the White House under his belt, we asked experts to grade the president’s performance so far. Facing a historic economic meltdown, soaring unemployment, a reinvigorated war in Afghanistan and a bruising battle to pass health care legislation, Obama faced one of the toughest first years in recent presidential history, according to David King, professor of public policy at the Harvard Kennedy School of Government.

“He was obviously dealt a very difficult hand,” said King, who added that it’s not clear that Obama played that hand particularly well. “With the economy spiraling, threats overseas getting worse … it was a very difficult environment to begin an aggressive agenda that included health care reform, environmental cap-and-trade reform and immigration reform. He probably overbid the number of [those items] he could take on.”

And while Obama tried to achieve a number of his stated goals — including providing health care for 30 million uninsured Americans — King said, in the end, the former Illinois senator achieved much less than his supporters expected him to.

“That’s not an unexpected outcome,” King said. “There’s almost nothing surprising about what happened last year except perhaps that the administration continued to try and work in a bipartisan manner up until the end of the summer, when it became clear they would have to pass [health care] legislation within their own party.”

Though he promised to close the prison camp at Guantánamo Bay and begin the final draw-down of troops from Iraq, Obama has not yet achieved those goals. A number of supporters have grumbled that pledges to create more transparency in government have also not yet come to fruition. One of the most common complaints was about the failure to air the health care negotiations on C-SPAN as promised, a lack of movement on immigration reform, as well as the broken pledge to end the military’s “don’t ask, don’t tell” policy, barring gays and lesbians from openly serving in the armed forces. According to PolitiFact.com’s Obameter, which tracked more than 500 campaign promises made by candidate Obama, so far the president has kept 91 of those promises, compromised on 33, stalled on 87 and broken 14, with the remaining 275 tossed in the “in the works” category.

Despite those disappointments, Obama appears poised to pass the first substantive health care legislation in a generation, even if the final bill, should it make it to his desk, will be a lesser version of the universal program the president proposed. King said Obama will likely be credited with economic policy moves that potentially saved the U.S. from a complete economic meltdown:

Dr. Chris Arterton, dean of George Washington University’s Graduate School of Political Management, said one thing he’s noticed a year into Obama’s administration is that the political intensity is fully on the Republican side, versus last year, when it was on the Democratic side thanks to the enthusiasm of young people supporting a candidate who was an inspiring outsider.

“In the policy realm, the past 365 days have served to intensely anger people on the conservative side, who feel he’s been conducting a socialist experiment with public policies,” Arterton said. “That has energized the [conservative] base and helped recruit money and volunteers.”

Arterton said Obama’s message of change has taken some serious hits, with his poll ratings dropping from 70 percent or more in the early days to less than 50 percent of respondents now saying they think he’s doing a good job.

Obama gave himself a B+ for his first year recently, Arterton said a more accurate grade might be a solid B.

“Against the context of the enormity of problems he’s faced, he’s doing pretty well,” he said. “Is it clear the American public is running out of patience? Absolutely.” 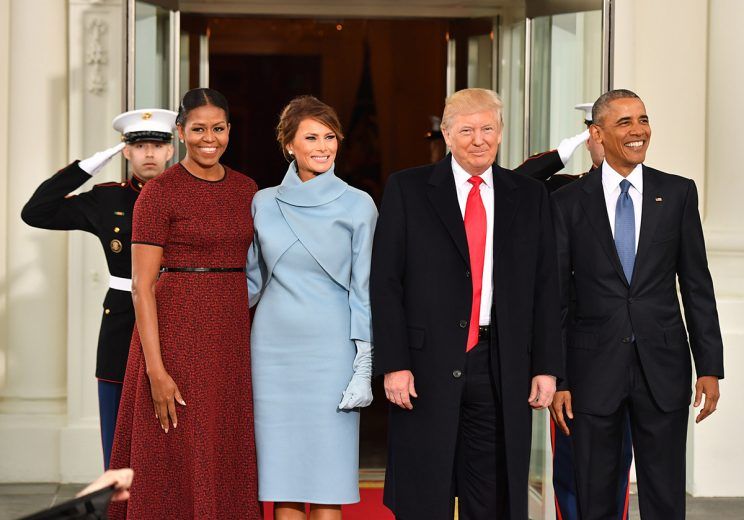 Rhymefest To Run For Political Office In Hometown Chicago