The only two original remaining members of G-Unit are Tony Yayo and Lloyd Banks. Over the years 50 Cent has been forced to cut artists off for financial reasons. 50 explained that he invested in former G-Unit first lady Oliva’s career but lost millions of dollars due to the many assets female musicians require as far as makeup artists and stylist. 50 stated that he even put his career on pause so he could help find her a single to break her into the industry so she could be recognized as an individual R&B musician but nothing ever picked up which ultimately led to him losing money.

“That was a loss, the problem you get with female solo artists is they game is really small. They look at it and say Beyonce, Rihanna, Keyshia Cole… When you got an African-American female, solo artist, she sees where she fits immediately. The problem is they spend finances like those artists, having the set-up — the make-up artist, the stylists, different things. If you don’t have a record that connects fast enough, you accumulate a tab like a motherf*cker. You look around like ‘Yo, you spent $2 million on this sh*t.”

Despite Oliva’s three year stint with G-Unit, she’s preparing to release her second album titled Alone With You off of Universal Records.

After singer Olivia disappeared from the G-Unit line-up there were a lot of rumors circulating the web on what lead to her departure, and for the first time she is setting the record straight.

According to the R&B diva, she requested to leave the label because she didn’t like the way she was being presented and the route her career was taking.

“I felt like I was just being a hood girl,” said Olivia to City Scenes Magazine. “So I spoke to Fif about it and told him that I was trying to do R&B and being marketed as a rapper was not going to work. I loved being with them, but the direction that we was going wasn’t working out for me.”

During the interview Olivia also revealed that her days with G-Unit were numbered from the start because she always envisioned herself as a solo act.

“I already knew that I was not going to stay with them for a long time anyway because them with me would become ludicrous after a while, and plus I always saw myself as a solo artist, but with them it was always 50 Cent and G-Unit. After I left, the rumors hit the radios saying that I was dropped from the label while I asked to be let go.”

Ludacris Named The #10th Hottest MC In The Game On MTV 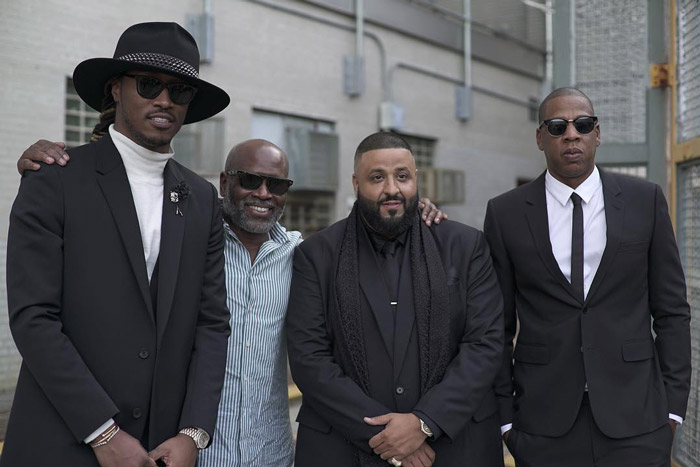 Wale On Meek Mill vs. Drake: “He Ain’t Even Bring a Knife—a Pencil” [VIDEO]