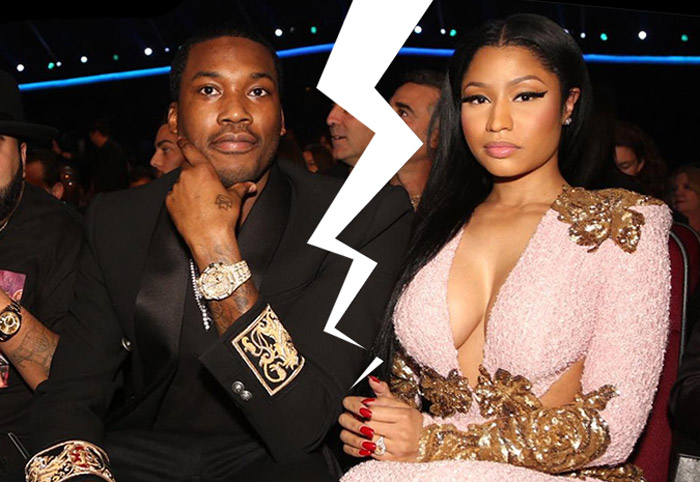 Nicki Minaj and Meek Mill have officially called it quits.

On Thursday (Jan. 5), The Pinkprint MC acknowledged the rumors surrounding their separation on Twitter, explaining that she’s moving forward with her career on her mind.

“To confirm, yes I am single,” tweeted Nicki. “Focusing on my work & looking forward to sharing it with you guys really soon. Have a blessed New Year. Love u.”

TO CONFIRM, YES I AM SINGLE. FOCUSING ON MY WORK & LOOKING FORWARD TO SHARING IT WITH YOU GUYS REALLY SOON. HAVE A BLESSED NEW YEAR. LOVE U?

The announcement comes shortly after Meek shared a video on Instagram, in which he says, “I need love,” while singing along to LL Cool J’s classic. An off-camera friend responds by saying,

Although it’s unclear when Nicki and Meek started dating, their relationship became public in February 2015. Since then, they’ve been at the center of breakup and proposal rumors.

The most recent of these surfaced last month when fans realized Nicki and Meek had unfollowed one another on Instagram. Mill soon posted a racy photo on IG of an unknown woman dressed in red lace, bent over on his bed. The caption read: “$avage…just friends,” prompting many to speculate about the split.

Beyond rumors, the couple’s relationship has also been a source of musical inspiration. Throughout their careers, the two have collaborated on a series of tracks, including “Froze,” “Bad for You,” “Big Daddy,” “Buy a Heart,” and “All Eyes On You.” The latter track, inspired by their romance, went on to become Meek’s most successful song to date, peaking at No. 21 on the Hot 100.

Rick Ross Brings His Beef With 50 Cent To a Halt