J. Cole just premiered his new video for “Work Out,” but he’s already on to the next. The Roc Nation MC escaped to paradise earlier this month to shoot the visuals for “Can’t Get Enough” (see photos), the second single off his debut Cole World: The Sideline Story (Sept. 27). Trey Songz guests on the Brian Kidd production and also appears in the Clifton Bell-directed clip.

“It’s like ‘Big Pimpin” minus the million-dollar budget,” Cole told Rap-Up.com of the last-minute shoot, which took place on a catamaran in Barbados surrounded by the beautiful scenery and women.

Cole spoke exclusively with us about the story behind the song, what you can expect from the island-themed visuals, and whether Barbados babe Rihanna will make an appearance.

How did the song come together?
So Brian Kidd produced that. When I first got in with No I.D., I’m looking at him like, “This guy’s fuckin’ incredible.” I saw how No I.D. works and listened to his beats and thought that he was incredible and everything I want to be in a producer. But he would always talk about how incredible this guy named Brian Kidd was. To me, it was like you talking to Kevin Durant like, “Yo, you’re really good,” and he’s like, “You think I’m good? You should see this guy.” It just so happened that Brian moved to L.A. and him and No I.D. got a studio together, so when I was in L.A., I got a chance to meet him and went right next door and heard some beats and I wanted every beat I heard. But I settled on the “Can’t Get Enough” beat because it did something to me.

What can you tell us about the video?
I was supposed to go down there on Wednesday, which I did, but the Friday before I went to Barbados to open up for Rihanna, I had an idea that came from one of the homies like, “You should shoot the ‘Can’t Get Enough’ video down there.” But it seemed so impossible like, “Yeah, that would be nice.” The very next day, I was like, “Why not try to make it happen?” I made a call into my management and to Chaka [Pilgrim], who works for Roc Nation and handles the videos, and by the grace of God, it came together quick. We only had a week to do it, but we made it happen. It’s like “Big Pimpin’” minus the million-dollar budget.

How much did you have to plan ahead of time?
It was renegade style. I knew I wanted a boat.

What was it like shooting in Rihanna’s hometown?
I don’t know if the Rihanna shots are going to make the final cut. But she came out to show love. The intention wasn’t for her to be in it. But yeah, everyone knew she was there and she’s a hometown hero, so it was crazy.

What was your experience like filming in Barbados?
It was just a fun experience. Barbados was the whole experience. I was there four, five days and on the last day, we shot the video. It was just one of those moments in my life I’ll never forget.

When will the video premiere?
I’m thinking about putting it out the week of or week before the album. 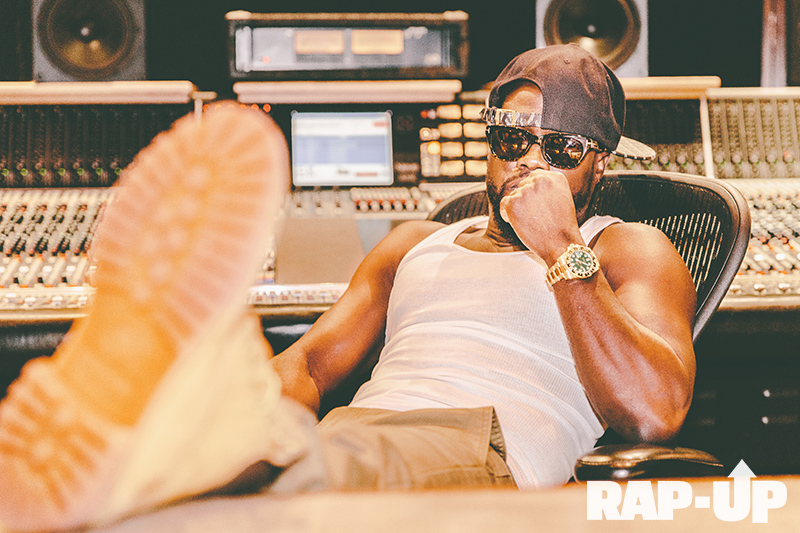