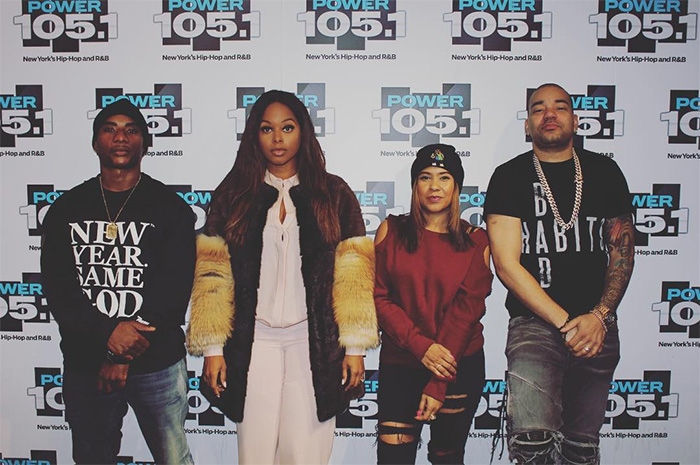 Chrisette Michele is still responding to the criticism she encountered for performing at President Donald Trump’s Inaugural Ball.

The “No Political Genius” songstress, who was bashed by the likes of Spike Lee and Questlove for the performance, appeared on “The Breakfast Club” Wednesday (Jan. 25) to address the matter with an in-depth interview.

“Part of me is brokenhearted by what’s going on,” she explained. “Part of my self-esteem, my ego is hurting because I don’t know what’s going on. I don’t know if anybody is listening. A part of me as a person, not a singer at the ball, but as a person, wanted to say, ‘My black matters. This is black.’ A part of me wanted to say, ‘This is what what we sing like. This how we stand.’ A part of me felt like, ‘Have you ever seen me before? Are y’all talking about me in this campaign?’ So, yeah, I think I made an impact.”

Michele says that while she didn’t make a political statement with a speech at the event, she did so with her performance.

That skirt, by Alice + Olivia, was based on Jean-Michel Basquiat’s “In Italian” print.

Michele would not disclose the amount she was paid to perform, but did note that it was less than the reported $250,000. She also revealed that she was unable to meet with or speak to President Trump on this occasion.

“I was at the ball he spoke at,” she said. “But he didn’t get there until we were leaving.”

See more highlights from Michele’s conversation with “The Breakfast Club” below.

ON SPIKE LEE: “He’s one of my…peers. We’re both people who create. We’re both artists who bring things to media and say things. The reason why something that comes from his mouth would be disappointing, more than hurtful, is because ehe’s supposed to try to teach me how to create this art and get it out…Teach me, please. I’d much rather have a conversation than a tweet.”

ON QUESTLOVE: “I would have paid him to perform. That’s where it’s at. If Questlove, who I’ve worked with on his music, doesn’t know that I didn’t go there for money, then we don’t know each other. None of us know each other.”

ON HOPES FOR CHANGE: “I am now today…receiving phone calls from people who might be able to make a change. We have four years ahead of us…allegedly…Hopefully, there can be some change in the next 10 days, two weeks…I’m hoping.”

ON BEING INSULTED: “People been calling us bitches and hoes in music for a very long time. We’ve been called names. I’m not stirred by the names people call me.”

ON HER TELEVISION SHOW: “I’m creating a TV show. It’s called ‘No Political Genius.’ ‘No Political Genius’ is a show where I go to the white girl in North Dakota with the same situation as the black girl in Far Rockaway. Then, I bring Congress people and mayors from their areas to talk to those situations…I just want to be the bridge.”

By The People: The Election of Barack Obama [FULL VIDEO]